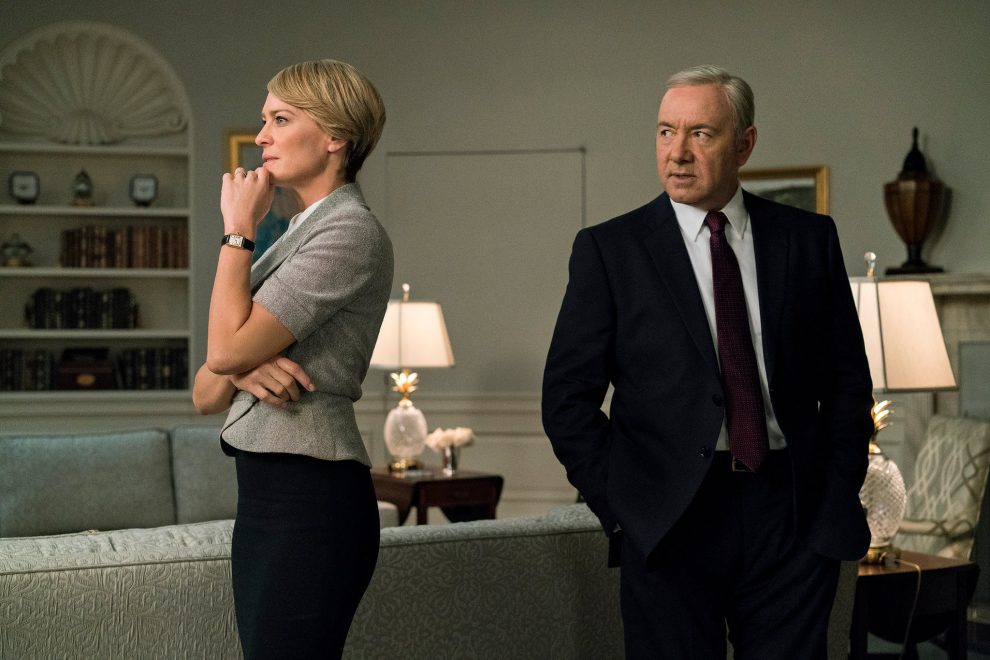 House of Cards has been one of the most enthralling political drama’s to hit our screens in recent times. The show based off a 1989 novel focuses on the struggles in the lion’s den of American Politics and Washington DC

What is House of Cards about?

The slow-running political thriller follows a very ambitious congressman, Frank Underwood who is not satisfied with his cabinet position and wishes to be the President one day. The series follows Frank as he tries to exact revenge on politicians who swindled him out of a secretary of state position.

Frank ultimately reaches the very top office of the land. However is killed by one of the many enemies he made in the way. Frank’s wife, Claire then becomes president as she has to legitimize her claim to her nation while also discover the truth behind the murder of her husband.

When will House Of Cards 7 be released?

House of Cards has run for 6 long seasons, all of which can be found on Netflix. Unfortuantely the show has been declared a wrap after season 6. This is in light of lead actor Kevin Spacey being fired from the show after many actors came out alleging him of sexual harassment when they were younger.

Anthony Rapp who worked with Spacey in his earlier movies was the first one to come out. Since the show relies heavily on Spacey and Frank Underwood creators felt that it would be too much of a hassle to replace him. Hence they came to a conclusion after season 5 that the next one would be the last.

Also Read: Has Mindhunter been Renewed?