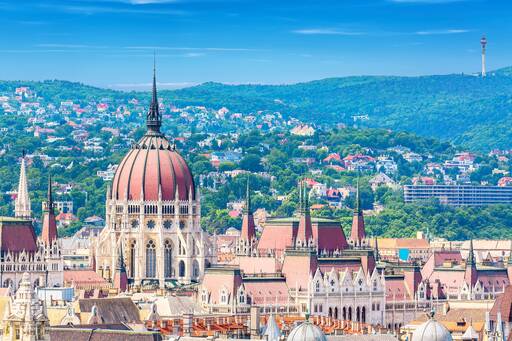 Budapest: Hungary’s government on Monday limited retail store visits in an effort to separate elderly shoppers and contain the coronavirus pandemic in the most vulnerable over-65 age group

Hungary has imposed a partial lockdown and imposed limited visits to the grocery store in order to separate the elderly from the general population.

Like many countries in Europe Hungary was not intent on imposing a second nationwide lockdown that would render all economic activity that has started to rise for the first time this year would eventually collapse. However, like all European countries, they had no other option in light of rapidly rising cases.

Hungary has seen 177,952 people get infected by the virus of which 3891 people succumbed to it. Hungary has a population of only 10 million people, hence the number of infected people is a significant percentage of its population.

“The pandemic’s statistics clearly show that the most endangered age group is that of our parents and grandparents. Let’s take care of them.” Said Hungary’s Prime Minister Viktor Orban in his address to the nation Via Facebook.

As per the new set of rules, a curfew will be imposed from 8pm to 5 am nationwide. Further citizen above the age of 65 are the only ones allowed to enter grocery store or shopping markets bet6ween 9 am and 11 am on weekdays and 8 am to 10 am of weekends.

As the prime minister clarified this move in specially catered to protect the elderly and the belief that cases can be contained if the elderly as safe.

The country has also been forced to shut down secondary school in light of growing cases. The nation’s plans to commence its mass testing in schools and social institutions like care homes for the elderly as early as this week. Around 24000 people will be tested under this initiative

China-Japan Agree to Restart Travel by end of November
Delhi markets ordered to shut down for violating guidelines.
Comment