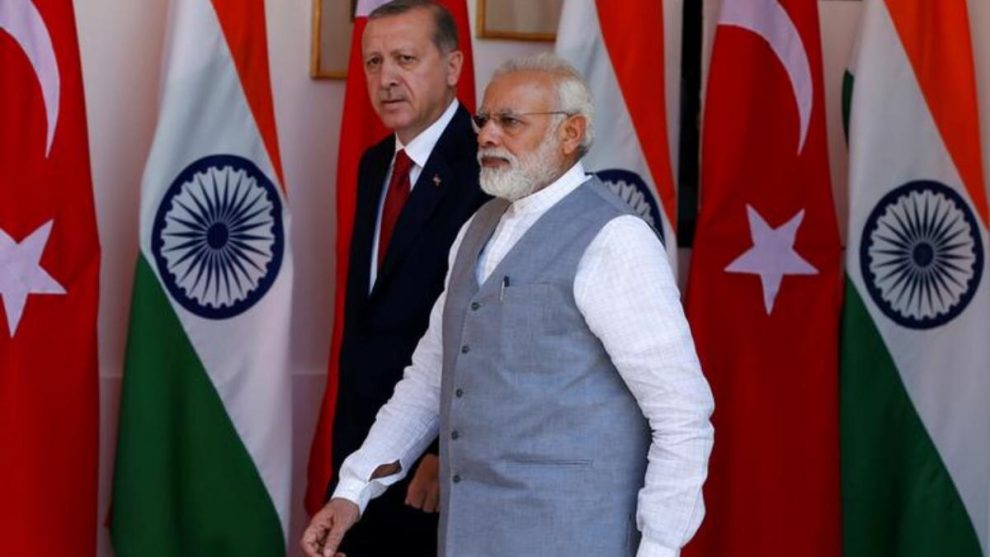 India has called Erdogan’s Kashmir remark as “gross interference”. Turkish President Recep Tayyip Erdogan has passed a remark during his address to the high-level debate at the UN General Assembly, after this, India has responded to Erdogan that he should learn how to respect the sovereignty of other nations and reflect on its own policies more deeply. India’s Permanent Representative to the UN Ambassador TS Tirumurti informed through a tweet on Tuesday that stated “These are internal matters of the country. we will handle that as soon as possible. You must reflect on your policies that you have changed in your country”. Recently Erdogan has changed Churches to the mosque. India has backfired at him with this remark.

What was Erdogan’s Remark on Kashmir?

At the 75th session of the United Nations General Assembly, The Turkish President has said, “The Kashmir conflict, which is also key to the stability and peace of South Asia, is still a burning issue, He further said that “We are in favor of solving this issue through dialogue within the framework of the United Nations resolutions, especially in line with the expectations of the people of Kashmir,”

Turkey has many times took the benefits of several platforms to question the issue of Jammu and Kashmir. Although, India has every time responded and told the west-Asian country that Jammu and Kashmir issue is an internal matter of Ours. We will take steps when necessary.

How India responded to Erdogan’s remark

After the two hours of Erdogan’s remark at the United Nations General Assembly, India has responded with a tweet from a permanent representative and ambassador TS Tirumurti informed through a tweet that India has seen his remarks and it was totally gross interference and “totally unaccepted”. “It is our internal affair that you don’t need to worry of. You must have to reflect on your own policies” India also suggest Erdogan respect the sovereignty of other nations and reflect on its own policies more deeply