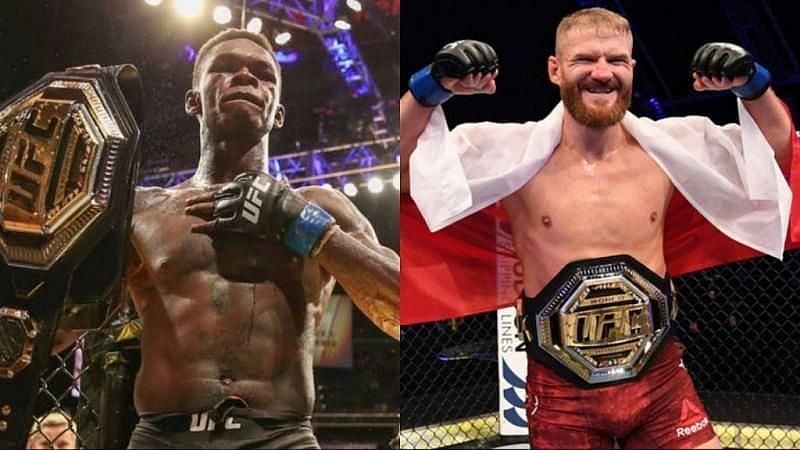 Undefeated Israel Adesanya has finally found his next opponent although he will have to venture into unknown grounds this time. The 20-0 fighter will face newly crowned light heavyweight champion Jan Błachowicz in the main event of UFC 259.

Israel Adesanya had his last bout in the opening event, the second time the UFC left for Fight Island. He faced then defeated Brazillian heavy hitter, Paulo Costa. A lot of Adesanya’s vile critics of which he had many, supported Costa throughout the run-up to their main-event title fight. Costa took aim at Izzy claiming him to be “too feminine” to be a world champ. Costa’s boastfulness was increased by the fact that many actually considered him to be the one to finally dethrone Israel Adesanya.

With all things considered come fight night for Adesanya was simply puty: Sweet Revenge. Adesanya methodically broke down the Brazilian, making him weaker with every kick he threw with his skinny legs he referred to as “machetes” . It was magnificent to see such technique, employed by a lanky looking fighter to strike down what seemed like a greek god. All of it came full circle however when Adesanya finished Costa in round two humping the downed opponent before separating

Israel Adesanya finally finds his next opponent in Jan Blachowich

That same night Błachowicz himself was the underdog in the co-main event. After long-time Light Heavyweight Champion Jon Jones vacated the spot to move up to heavyweight, Błachowicz was scheduled to face the man who many considered came closest to dethroning Jon Jones, Dominik Reyes. Reyes was adored by fans and many saw potential in the young athlete who considered him to be the homecoming king.

Jan however had different plans, though it wouldn’t be fair to say no one gave Jan a chance. People were well aware of the explosive power he possessed and could knock the lights out of any light heavyweight. We were all just so taken over by the Reyes hype that when the cage closed no one was ready for what was to follow. Błachowicz brutalized Reyes and knocked him out in the second round but not before he broke Reyes nose, becoming the first Light Heavyweight champion in 9 years not named Jon Jones or Daniel Cormier.

So the stage is set for UFC 259, Adesanya has a chance to achieve the status of being a Champion in multiple weight classes and more so being in that distinct class to hold two belts simultaneously. Jan could be the first person to dethrone Adesanya as he walks into an unfamiliar weight class. In a card that will also feature the return of Amanda Nunes, it surely is one that earns the hype.