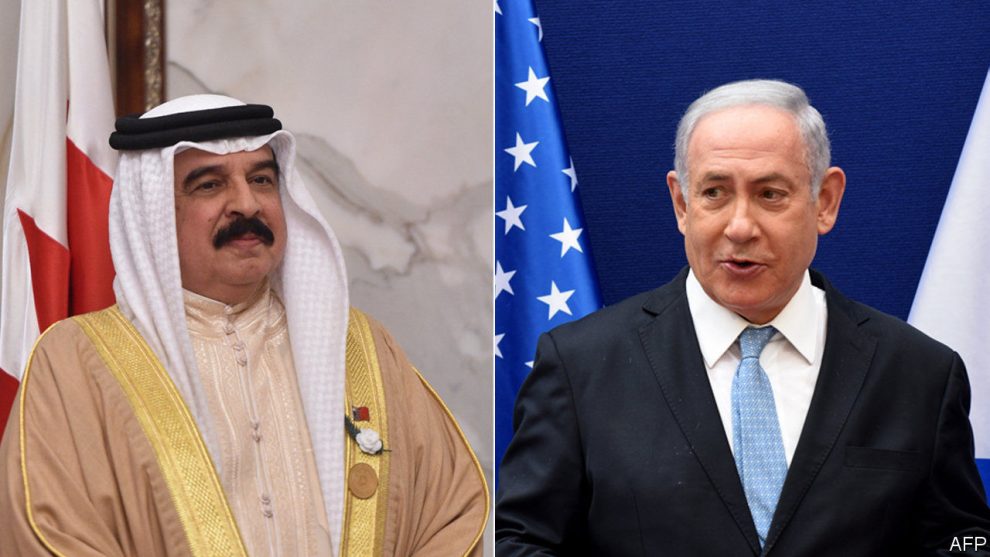 Israel-Bahrain politics seems to have to take a different turn this year. Israel and Bahrain have officially decided to establish a diplomatic relationship between themselves on Sunday. The announcement took place in a ceremony in Manama after the two reached a normalization deal last month, in talks initiated by the United States.

Joint Communique To Be Signed For Israel-Bahrain Diplomatic Relations

As per the Israel official, a visiting delegate from Israel and Bahrain will sign a “Joint Communique” to establish complete diplomatic relationships. Once the agreement is signed at a ceremony scheduled for Sunday, Israel-Bahrain will be free to open embassies in both countries. After a lengthy rift, the United Arab Emirates (UAE) and Bahrain will become the third and fourth countries to have normalized relations with Israel. They will follow Egypt’s peace deal (1979) and Jordan’s pact (1994) with Israel.

The Sunday’s meet is followed by a ceremony on September 15, 2020, at the White House. Donald Trump’s administration brokered the meeting between UAE and Israel to sign the “Abraham Accords“, which is a peace agreement between Israel and UAE. The delegation led by the Israeli National Security Adviser Meir Ben-Shabbat will have the US Treasury Secretary Steve Mnuchin who said that the treatment seeks expanded economic cooperation between Israel, Bahrain and UAE.

As per the Israel official, after the Joint Communique is signed to establish diplomatic relations between the two nations, Israel-Bahrain is expected to sign “six to eight” MoUs which also includes economic cooperation. The official revealed that it is hard for him right now to be able to outline the exact details of the agreement. Still, he ensured that security cooperation would be one of the top priorities, along with bilateral talks. Earlier this month, Israel’s Mossad Spy Agency Chief Yossi Cohen held talks with Bahrain’s top Security and Intelligence agency to talk about the “mutual interest”.

Both Mnuchin and Trump’s aide, Middle East envoy Avi Berkowitz will hold talks on Monday with the UAE while Israel opens up possibilities to have bilateral commerce. US’s dignitaries will accompany the UAE’s delegations to Israel.

As per the latest updates, Israel and UAE have reached a bilateral agreement with the Abraham Accords Agreement. Both nations have agreed to ensure investments and incentives to each other. The UAE finance ministry said that they would protect the non-commercial risks such as nationalization, confiscation, judicial seizers, revenues in convertible currencies and transferring profits. The agreement is yet to be signed by both finance ministers.

Amidst the peace agreements between the three Arabic nations, Palestine has condemned the act. They claim that such agreements with Israel are “a stab in the back” while they aspire to be an independent nation. The deals signed between Israel-Bahrain and Israel-UAE mark a shift between the Gulf Nations which have for decades maintained Israel as their common enemy. Israel has had a bad light from the Arab nations because of its treatment of the Palestinians.

However, Israel’s Prime Minister Benjamin Netanyahu said that many other Arab countries want to have diplomatic relations with Israel as they provide “lucrative trade opportunities”. But one of the leading country in the Gulf Cooperation Council, Saudi Arabia has made it stands clear. They said that they would not be following their allies Bahrain and UAE to establish diplomatic relations with Israel until they have resolution with Palestine.