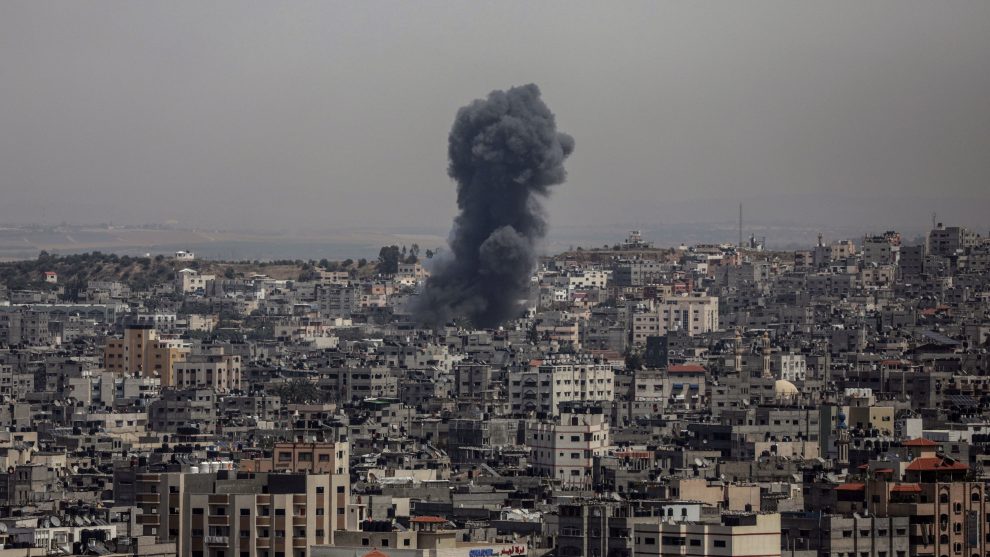 A rocket was fired towards Israel this Saturday by the Palestinian militants of Hamas in Gaza Strip,the Israel military announced.

The air raid sirens were set of and the Israeli police said that a structure had been damaged in the Ashkelon which is roughly six miles or 10 kilo meters north of Gaza.There was just a damage to the structure and zero casualties Israeli media reports said the rocket landed in an open area

Hamas is an Islamic militant group that aims to destroy Israel. Israel and Hamas have been bitter enemies for several years and have fought three wars and several unpremeditated attacks and clashes since 2007 which when it seized power in Gaza. is a Palestinian Sunni-Islamic fundamentalist but pragmatic, militant, and nationalist organization. It has a social service wing, Dawah, and a military wing, the Izz ad-Din al-Qassam Brigades.

In response to the rocket fired,Israel sent aircraft that struck multiple sites in the Gaza strip responses a rocket fired.

In a statement, the Israeli military said that the attack helicopter and fighter jets had hit two rocket and ammunition manufacturing sites and their naval forces training grounds.

Though several militant groups operate out of the Palestinian hood,Israel holds Hamas rulers responsible for all rockets fired out of its territory