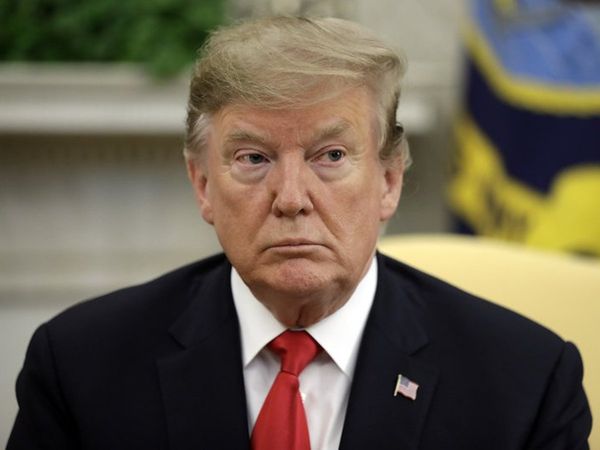 There have been many outlandish claims during the presidency of Donald Trump with many come from the commander in chief. However, claims from out of this world have been literally few. But, as they say, anything can happen now that it’s 2020 from the sudden occurrence of the virus to the recent claims about aliens. Reportedly, the biggest secret of the president of the U.S. is of the interstellar variety, the existence of aliens as claimed by the former space security of Israel. There have been many conspiracy sights riddled with the sightings of UFO about the existence of aliens. The debate about the existence or non-existence of extra-terrestrial life is ever going with no solid proof.

The former head of the Defense Ministry’ space directorate of Israel explained about dealing with aliens for years by the U.S. and Israel. Haim Eshed during an interview with the newspaper of Yediot Aharnot claimed that there is an agreement between the Americans and the aliens galactic federation about their existence but has asked the same to not reveal as the humankind is ready for them yet. The interview got published in English on Tuesday in the Jerusalem Post.

Another bombshell got dropped by Eshed when he said that the existence of the extra-terrestrials’ is also known by the current president of the US, Donald Trump and was almost on the verge of publishing the surprising information. However, for the prevention of panicked masses, he was not asked to do so. Mr Eshed further said that the current academic landscape has changed and he is also a well-respected figure in the academia due to which he is choosing to reveal the information now. Additionally, he said he has received his awards and degrees and so he has nothing to lose now but he would have been hospitalised if he made the same claims five years ago.

Haim Eshed about the aliens

Mr Eshed spoke about his new book ‘The Universe Beyond the Horizon- conversations with Professor Haim Eshed’ and wherein he also spoke about the existence of aliens. Haim Eshed is of the opinion that aliens are already walking among the humankind from all over the universe area. He further explained that there is an underground base in the depths of Mars in where the cooperation agreements between the extraterrestrial federation and the US government are kept. Representatives of the Aliens and the astronauts of Americans also mingle in the same base. Reportedly, he also said about the part of the aliens in the nuclear holocausts prevention.

Now, the claims of Mr Eshad about the existence of aliens and Donald Trump knowing about it are taking over the Internet. The revelation intrigued the public and the Twitter too took over with different spooky memes. Many also felt that the perfect farewell for the year 2020 could be with the presence of alien on the Earth. Eshed also said that the aliens wanted the humanity to fully develop for understanding everything and they have been waiting.