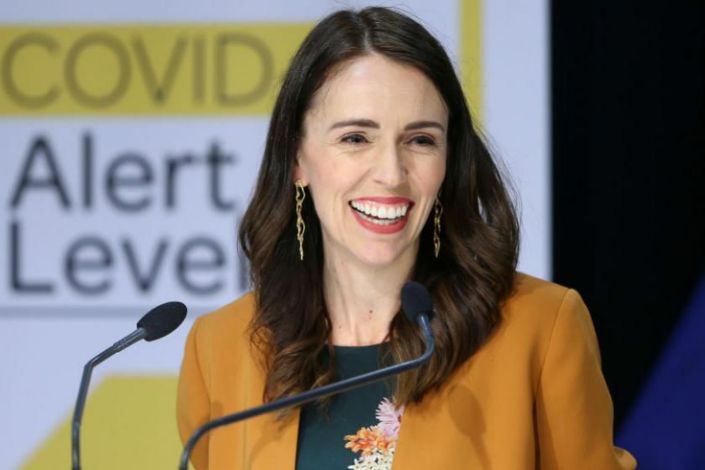 While the elections in the United States have become a hot topic around the world, New Zealand’s general elections finally have a winner. Prime Minister Jacinda Ardern won the general elections. She said that her topmost priority is to get the economy back on track which was battered by the pandemic and social inequality.

Prime Minister Jacinda Ardern recently won the General Elections in New Zealand. And she has revealed her plan for her term already. In a speech on Saturday, she said that there is a lot of work that needs to be done in the next three years. She said she would continuously work to build everything back (better) from the COVID crisis. Ardern asserted that only they could ensure the response and the recovery from the pandemic.

As per the reports, a total of 87% of people came out to vote. And Jacinda Ardern won 49% votes in her support, which is said to the most significant share of votes ever since the 1930s. After a huge win, her opposition National Party were left with 27%, which is said to be the worst since 2002. She has earned her votes majorly from her empathetic leadership and highly skilled and quick crisis management. Her skills have won her fame internationally as well. Most importantly, the way she handled the coronavirus was one of the key reasons behind her tremendous win. So far, New Zealand has a total of 1886 cases, and the recoveries have been 1819.

Jacinda Ardern further said that she would govern all the New Zealanders. However, she has refused to comment if she was willing to invite the Green Party to form the government. She said that she’d wait until the final results. As of now, The Greens have 7.6% votes in their support. This massive victory is expected to have a transformational government, something that Ardern has promised her voters. Her ability to handle the pandemic has set an example for other more significant nations like the United States of America, United Kingdom and even Australia.

Also read: Which is the only Continent without coronavirus?

After Ardern’s inevitable win, the National Party Leader Judith Collins revealed that she had already spoken to her and congratulated her on the victory. Collins further pointed out the economic challenges that the nation is yet to recover from the pandemic. She said that New Zealand’s economy is currently on a tough spot and it would need a better fiscal policy than ever before.

However, crowds were screaming out loud on repeat, “Jacinda-mania” which was first heard in the year 2017. While the world was struggling to fight against COVID-19, Jacinda Ardern imposed the strictest lockdown the world has ever seen. Even though the economy suffered a lot ever since the Great Depression, but the spread of the coronavirus was heavily restricted. And the lockdown was also lifted much sooner than the rest of the world.

In the past three weeks, New Zealand hasn’t reported any coronavirus cases, and all new infections being reported are limited to the people who came from abroad. Even they are strictly told to quarantine. But the border is currently closed for foreigners who have severely affected the Tourism Industry, and the unemployment is rising.