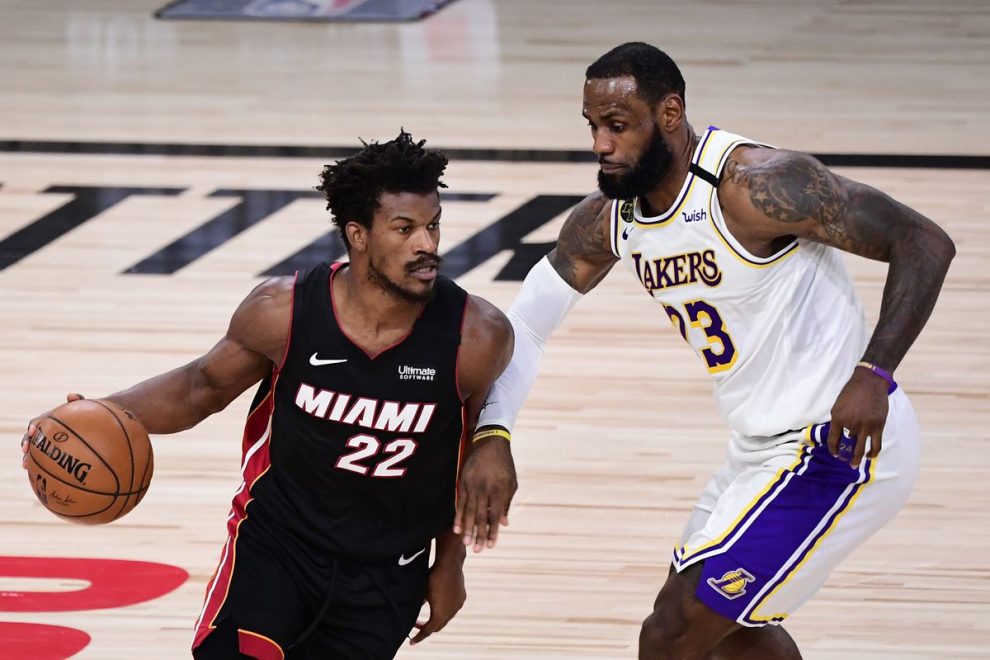 NBA Finals Game 3 just happened and we are surprised by the results so far. Miami Heat was wholly prepared to enter the Game 3 fair and square. They lost their two leading players in NBA Game 1 itself. Bam Adebayo and Goran Dragic were out of the game in the first one itself. And this was their significant fall. But history says that the crowned champion is for the player who has been extraordinary throughout. Even after being down to the Los Angeles Lakers Team, their two best players are still at the top fo the same. And they will likely get their pride back in Game 4.

Erik Spoelstra said that there is no other way other than Jimmy Butler’s. He told Jimmy wanted it and its hard to analyse him until you know how to read between the lines. Erik added that Jimmy is a strong competitor and the team needed that kind of spirit in the game. Throughout the game, Miami played with three robust strategies. It included Dragic for pick and roll offence, Adebayo at the high post offence and Butler freelancing the massive manufacturing part.

Later in the game, both Adebayo and Dragic got sidelined, and it all came down to Butler. While all the eyes were on Butler and his game, he mastered his control on himself and saved the day. However, it is to be noted that the Miami Heat seemed to have lost their versatility during the game. But they showed their dominance. We saw that when it all came to Butler, he was aggressive, strategic and sublime. He proudly owned half the court in Game 3. He scored 40 points, got out of 13 assists and was able to get to 11 rebounds. He even got himself 14 free throw lines. After it all, he further took on himself to defend LeBron James.

NBA Finals: Jimmy Butler Kept His Performance In The Interiors

Out of all the best performances by Butler in the game, the best was the fact that every damage he did, it was all in the interiors. In NBA matches it is essential that the except the long-range shots, everything is kept inside the perimeter. And Butler ensured the same. He showed his unmatched ability to be able to control the game.

But the structure of the game and team support is equally essential for winning the game. This becomes even more crucial when you are committed to your team. The players in Miami Heat represent the same. They are very dedicated to their team and the team name. When players like Butler come to the game, you know that the winning will be impactful and hard-earned.

At the same time, Heat has gotten done with most of their key players just like the previous seasons. But this time, their team is filled with extraordinary players. No matter what the result of the NBA Finals would be, Miami Heat has already exceeded the expectations. They have established themselves as a team that is united and knows how to build and maintain the game in their favour.