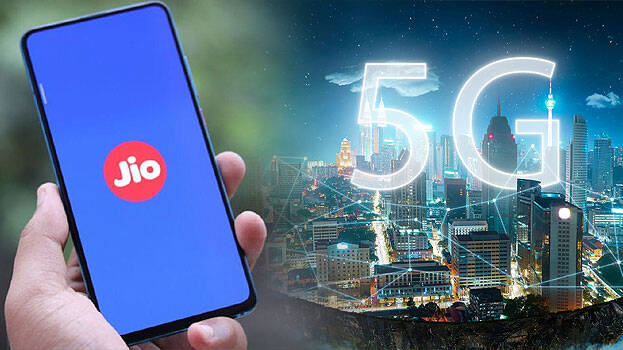 Jio recently had plans to launch its 5G spectrum in the later half of 2021. Jio along with its other competitors Airtel, Vodafone Idea has come together for the trials of 5G in India.

Launched on 27th December 2025 for beta trials and made publicly available on 5th September 2016, Jio today had really come a long way. Jio had launched its 4G services directly without the preference for 2G or 3G. With a coverage of 22 telecom services, it operates a national LTE network. From Mobile Broadband services to Jio Wi-Fi, it provides varied ranges of products to its customers. Recently Jio has also made an announcement on bringing out a new Android phone, in collaboration with Google, which is scheduled to be launched in India in the first quarter of 2021. Jio currently is the largest network operator in India and is also the third-largest network operator in the world. Jio is now also planning to launch its 5G services soon in India with its other competitors, Bharti Airtel and Vodafone Idea.

PM Narendra Modi launched the Aatmanirbhar Bharat policy on 12th May and discarded using of any kind of foreign products and in reply to this, the billionaire of India, Mukesh India is soon rolling out its Jio 5G services in India in the latter half of 2021. Initially, the testing was planned to be done sooner in this year but due to the current situation of COVID 19, the plan was pushed to the latter half of 2021. On the inaugural session of Indian Mobile Congress, 2020 Ambani made a statement suggesting the government to pace the rollout of Jio 5G in India. He also stated that Jio 5G will create a revolution in India in the coming year.

Ambani also points out some key factors for India’s venture into the pre-eminent digital economy. He points out that almost 300 million mobile subscribers in India are still limited to the 2G services and so he urges the government to make mobile services affordable. This will also ensure deducement in the 2G services and thus reduce cost of the same. Kepping this in mind, Jio also plans to release its Jio Android phone in collaboration with Google, in the first quarter of 2021 and keeping the price tag to Rs. 4000 making 4G services affordable to the poor.

He also suggests the government accelerate the launch of 5G services and make the same affordable for the country since the Indian market is price sensitive. The rollout will entirely depend on the 5G spectrum auctions. Jio also ensures to offer its services relating to education, healthcare, infrastructure to the rest of the world, once it is proven in India.

Ambani also points out that India cannot always depend on imports especially in case of digital hardware. He also states India as a hub of the semiconductor industry in the coming days.

Jack Ma “disappeared” amid rising tensions between the CCP and Alibaba