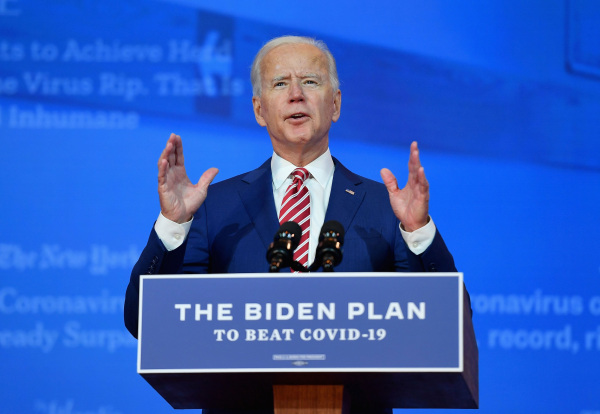 Washington: President-elect Joe Biden was set to be certified by the US House of Representatives today and discuss the future of the economy amid a pandemic when all of it came to a screeching halt. Around 2;30 pm on DC Time, Protesters who had poured in from all parts of the country to participate in the rally to stop alleged election fraud, when a few decided to storm the capitol, succeeding and eventually leading a sea of people to do the same.

Joe Biden: This is not Dissent. This is Disorder

The president elect condemned the attacks on the capital calling them a misrepresentation of America and that these ” cowardly” acts are not “Dissent but disorder”, even calling the trespassers “mobs” who have committed sedition. Joe Biden went on to talk about how important the words that come out of a president no matter how good or bad have value and huge weight. He then challenged Trump to go on national TV and ask his supporters to pull out of the capitol. He called on the president to fulfill his duty of upholding America’s democracy.

Joe Biden also called that the breaking of windows, damaging the floors and firing in a federal building to simply be “An insurrection”

Shortly after Biden’s address, Trump released a minute-long video to his Twitter account. In the video, Trump’s tone comes out as careless as he mentions alleged voter fraud, the whole reason for this event, while barely emphasizing his supporters to stand back. “You have to go home now, we have to have peace, we have to respect our great people in law and order”. He further twice pushed the same baseless conspiracy where the 2020 election was “Stolen” from Trump.