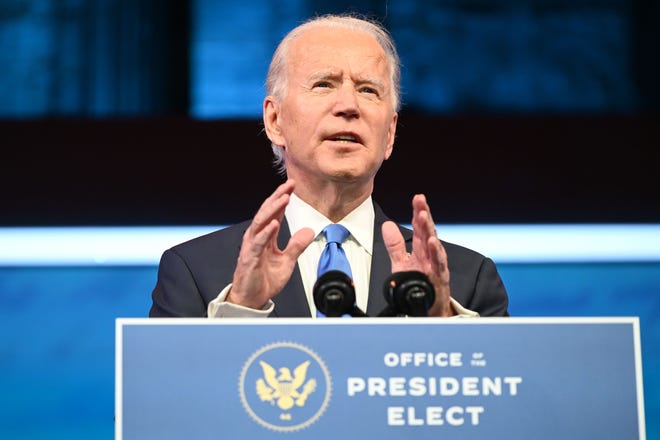 Once again on Monday Joe Biden got declared and emerged as the presidential election’s winner after Electoral College’s members gathered to cast their ballots in all fifty states and the Districts of Columbia. It is nothing more than a curious afterthought following the elections of the president and is a constitutionally mandated ritual. However, this year’s ceremonial vote took on newfound interest after unprecedented efforts were made by President Donald Trump and his GOP allies for subverting the voter’s popular will and overturning the November victory of Joe Biden.

Joe Biden as the winner from the votes of Electoral College

The recent vote and win of Biden finally gave some loose statements and acknowledge the winning of Joe Biden from previously reluctant Republicans. However, electors appointed by Republican in several states gathered to hold Trump’s symbolic votes.  The voting began on Monday shortly after 10. a.m. ET where the three electors of Vermont cast their first votes to Biden. As expected, all of the votes went with no states having any faithless elector breaking the popular vote. All the battlegrounds cast their vote to Biden which Trump sought to overturn such as Nevada, Wisconsin, Georgia, Michigan, Pennsylvania, Arizona. Biden is put over the 270 Electoral College votes bythe 55 electors of California that is needed for becoming the President shortly after 5 p.m. ET.

The votes of Electoral College will also get sent for formal counting in next month by the Congress. There is also a vow for objections from a group of Republicans for objecting the key states results. However, the can only forced a prolonged debate and delay the process in the Congress’s joint session wherein the vote will get finalized and scheduled for taking place on January 6 of next year.

False claims of widespread fraud are continuously spread by Trump despite the rejection of his campaign challenges in the election by courts in all of the battleground states. The final blow against his efforts for overturning the results of the election was dealt by the Supreme Court on late Friday wherein the Texas attorney general brought case was dismissed that sought defranchise of four states millions of voters. Another challenge from the campaign of Trump was also denied on Monday by the Supreme Court of Wisconsin just before the electors of the states were scheduled for casting their votes after the meeting.

The state and local officials were praised by Joe Biden on Monday stating that they could not and would not give credibility to what they knew is not true. He also charged that efforts for overturning the results by the Republican denotes unprecedented assault on the democracy while also saying that President Trump had every single avenue for contesting the results. It is in the heart of the democracy for respecting the will of the people even though some are hard to accept. Biden said. “We the people voted. Faith in our institutions held. The integrity of our elections remains intact. And now it’s time to turn the page as we’ve done throughout our history, to unite to heal.”