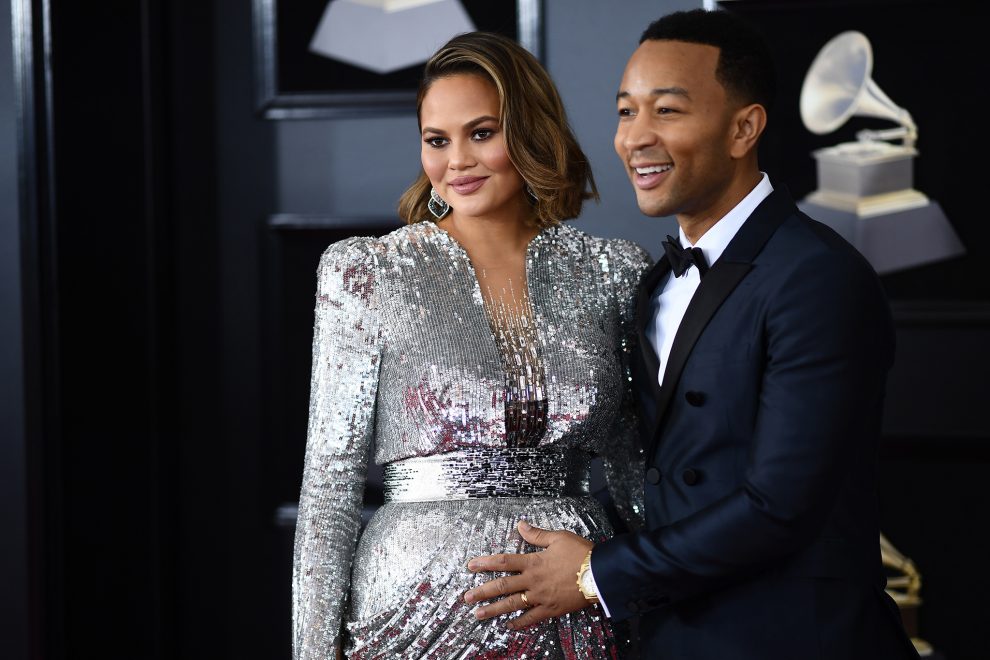 The whole internet was rooting for the power couple Chrissy Teigen and John Legend’s new addition to the family. Time and again, Teigen has shared adorable pictures of her baby bump. And her fans loved the fact that they were on the journey with the couple. However, things didn’t turn out the way it should have. Teigen took to Instagram to reveal that she has had a miscarriage.

The 34-year-old model recently shared a heart-wrenching post with her 31.8 million followers on Instagram. In the post, she shared a few pictures of herself and her husband John Legend, along with the baby. She previously revealed that she was admitted to the hospital after she couldn’t control the bleeding.

Despite going through blood transfusion, her baby couldn’t survive and died in the womb. Teigen shared with her followers that they never name their children before they are born and not even till they are out of the hospital. But suddenly this time, out of nowhere, they started to call their baby boy Jack. And now he will always be Jack for them. She added that the pain they are feeling is something people only hear about. But it is something they have never suffered before.

Chrissy Teigen Writes A Note To Her Baby Jack

Teigen further added a little note for her baby. She apologized for not being able to provide a home for him to live. She said that she was sorry that his last moments were filled with complications. He tried a lot to be a part of their family, and he will always be. She said that they will always love him.

The mother of two concluded the post by thanking everyone for all their support and well wishes. She said that not every day could be right. And dark days are meant to grieve and cry. And they would get through it all with love and hugs. Soon after the post was released, the comment section was filled with supportive messages and prayers for the family.

Ride From Hospital To Home With No Baby Is Painful

Chrissy Teigen took to Twitter to share her pain with her followers. She tweeted that it felt unreal to come home from the hospital without a baby.

While some of the fans were praying for the family to heal from this unforgettable pain, a few of her fans criticized her for sharing her experience with a miscarriage on social media. One of the hate tweets read that it was disgusting of her to post pictures of herself and the baby from the hospital. However, most of the followers defended her by saying that it was her choice. They noted that miscarriages aren’t something people talk about and her being transparent was bravery. One of the tweets even called her out for supporting Abortion as a choice.

Either way may baby Jack Rest In Peace. And we wish healing for the family.

Alexei Navalny lays blame on Russian President Putin for poisoning him
COVID vaccine might take up the lives of half a million Sharks!
Comment