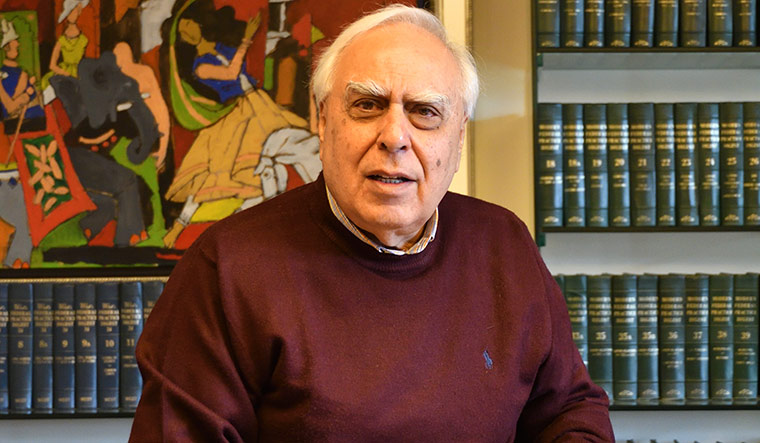 Congress leader and former Union Minister Kapil Sibal spoke in an interview with The Indian Express after a disappointing defeat of Congress in the recent election polls. Here’s what he highlighted about the ongoing issues in the party-

He highlighted that the citizen of the country not only in Bihar but every single state where the elections have been held so far no longer consider Congress to be effective. They won’t consider as a good alternative as well. He also highlighted the disappointment of how they have poorly performed in Gujrat with less than 2%votes.

He stated that the Congress has not introspected for six years.”We know what is wrong with Congress. Organizationally, we know what is wrong. I think we all have answers. But they are not willing to recognize those answers” he said, he also mentioned that if these “answers” are not recognized the graph will continue to decline

On being asked if the party leadership is aware of all answers and why is there reluctance, Mr Sibal said, There’s reluctance as there’s no democratic process and CWC is a nominated body and there’s a need to adapt and embrace a democratic process. “You don’t expect nominated members to start questioning and raise their concerns about the reasons for the constant decline of Congress in elections after the election” he pointed.

Sibal pointed out that a democratic election for the post of Congress President is important and that the Congress needs to discover itself if the Congress doesn’t identify its shortcomings they wouldn’t lead to the desired results.

Sibal along with 22 other senior congressmen had written a letter with a list of suggestions to the party president but there’s has been no dialogue or effort from the leadership. he said ” I am a congressman and I will remain a congressman and hope and pray that Congress provides the alternative to a power structure which has subverted all the values that the nation stands for”

He mentioned that the party needs a conversation with people with experience in India’s reality and politics and make alliances. The part’s no longer stands in a position where other parties would come to them. The party needs to do several things at several levels such as organizationally articulation in the media, putting up people who people want to listen, providing active and thoughtful leadership.

On being asked if the Leadership is taking it as business as usual, Sibal said he has not heard anything from the leadership, he has just heard “voices” that surround the leadership and they are yet to hear about their recent performance in Bihar Elections and the by-elections.