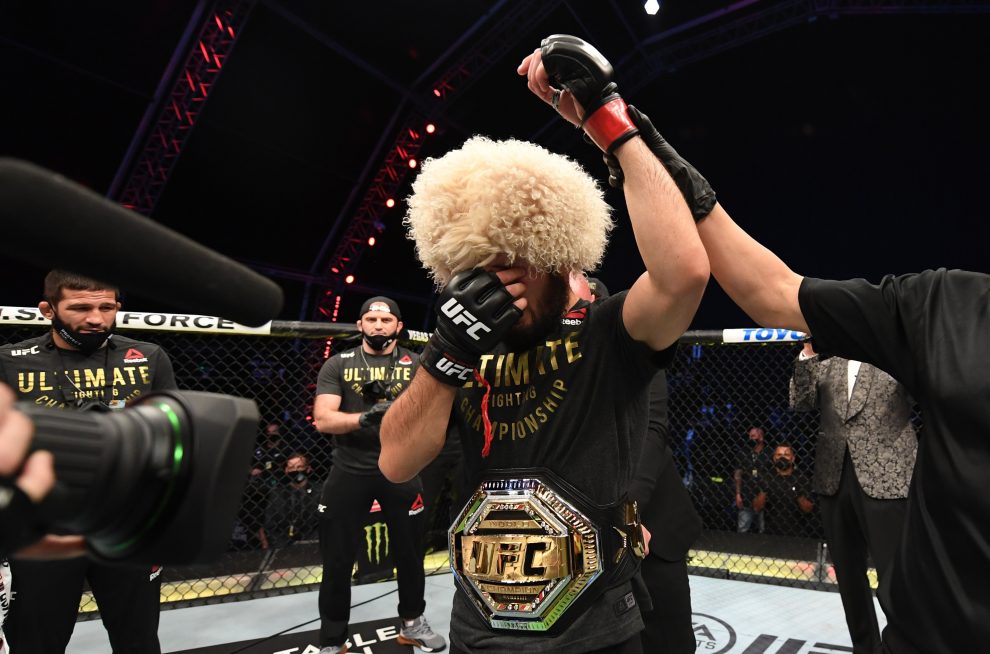 Uzbekistan: After retiring at the very peak of his MMA career, Khabib Nurmagomedov has gained attention for his massive ventures outside the sport. One of them is the inclusion of MMA as an Olympic sport.

At a press conference in Uzbekistan the fighter revealed his plans to widen the reach of the sport. “The inclusion of MMA in the Olympics is one of my main tasks for the next couple of years, we are already working in this direction” said the Dagestani fighter. He also announced that he was set to meet thePresident of the IOC to present his proposition.

Khabib has stepped his foot into various venture after his retirement. He has announced the launch of his own “Eagle Network” that plans to offer telecom services around Moscow and further expanding in the region.

Nurmagomedov has also purchased “Gorilla Fighting Championship” an MMA promotion based in Russia for the sum of $1 Million. The organization plans to expand it’s horizons into the Middle East and Asia .

Khabib further talked about the benefits that will include being an Olympic sport. “It is necessary that young talents get to showcase their abilities before being pushed among the best. With a proper structure, the sport is an incredible example of athleticism and equally entertaining for TV.” He said that in terms of popularity MMA could compete with Football and Athletics.

“The only question is the cruelty of the sport. This is not encouraged at the Olympics, they do not want there to be a lot of blood. But in terms of recognition, sponsorship, in terms of interest for television, MMA, I think that if it enters the Olympics program, it will be on a par with football and athletics in interest.“

MMA only recently gained approval in the state of New York with the UFC conducting its first event at the Madison Square Garden in 2016.

At the press conference Khabib was also asked about a possible return to the sport. He replied, “I can only come back to the sport with my mother’s blessings” citing he retired to spend more time with his family after his father passed due to Covid-19 complications.

The Lightweight champion also said that he had choked out every top contender in the division and he doesn’t have the motivation to prove anything. Nurmagomedov was referring to Conor McGregor and Dustin Porier who are set to headline the January card.

Khabib’s arch nemesis, Tony Ferguson will also be returning to the octagon this month after his defeat against Justin Gaethje in April. Many suspect that a bout against Ferguson or GSP will be the only fights that could get Khabib out of retirement.