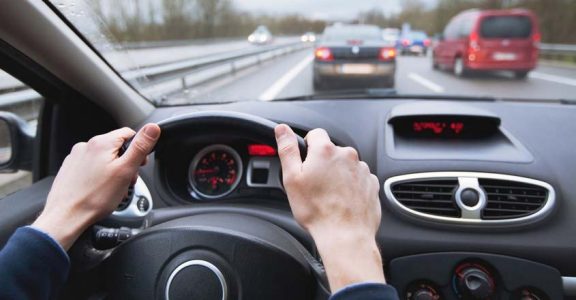 It is good news for the drivers and owners of vehicles. The Government has declared that the validity of main documents which expired on 1 February 2020, such as driving licenses, vehicle registration and fitness certificates, has been stretched to 31 March 2021.

In an attempt to avoid the spread of the coronavirus, the Centre has agreed to expand the validity of the documents again. The extension of validity extends to all documents that expired on 1 February 2020 and to those that are scheduled to expire by 31 March 2021. On Sunday, the Union Ministry of Road Transport and Highways said the extension would help people access transport-related services while practising social distancing during the ongoing COVID-19 crisis.

It is the fourth time the government has agreed, during the COVID-19 pandemic, to extend the validity of the main documents. The government announced earlier in August that these documents will remain valid until 31 December 2020 and it has now extended this to 31 March 2021. All compliance authorities have been instructed by the Union Road Transport and Highways Ministry to consider these documents as valid until 31 March 2021.

In letter and spirit, the Ministry urged state/UT governments to enforce its advice so that no car owner, driver, transporter or other organization is harassed during the process. The government has asked all states and UTs to authorize the new letter and soul warning so that during the Covid-19 pandemic, individuals don’t confront extra difficulties.

Statement from the Ministry

The Centre wrote to all the State and UT governments and advised that in view of the fact that people found it difficult to renew the validity of different documents due to lock-down at different stages in different parts of the operation, the government provided for the availability and manufacture of essential goods and allowed vehicles to transport those goods/cargo and to further open the operation of passenger transport. The renewal of such documents continues to contribute to the assembly of people in front of transport offices around the country and long queues.

Union Minister, Nitin Gadkari, transport ministry head shared recently that the current pandemic situation has not yet become normal due to which the decision for a further decision has been taken. Hence, the enforcement authorities are advised for treating the documents as valid until March 31, 2020. The citizens, various other organizations, and the transporters will get help in the availing of transport-related services.

The official website of MORTHINDIA tweeted that,” MORTHIndia had issued advisories dated 30th March 2020, 9th June 2020 and 24th Aug 2020 regarding the extension of validity of documents related to Motor Vehicles Act, 1988 and Central Motor Vehicle Rules, 1989.” The earlier release stated that it was informed that the validity of the Health, Permit (all types), License, Registration or any other document(s) concerned may be considered valid until 31 December 2020. Now, the present extension is again up to March 31 of next year.