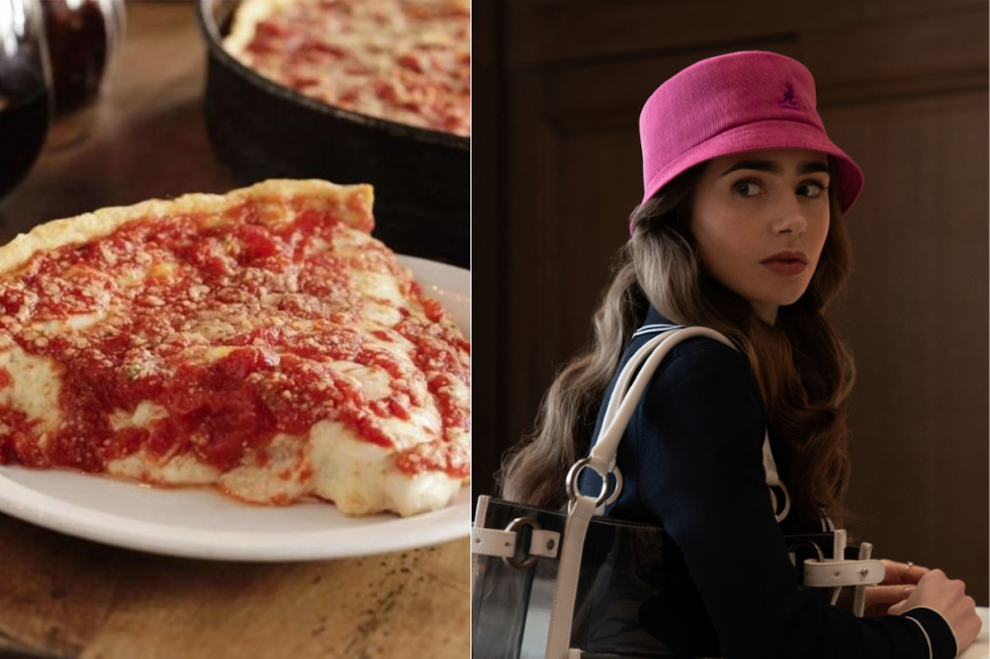 After a joke was made in the new Netflix series Emily in Paris amusing its pizza, Chicago chain Lou Malnati replied to it in a press release by saying it was “heartless … in the midst of COVID-19.”

Netflix’s new show Emily in Paris has been creating buzz all round. It made a tacky joke at the outlay of Lou Malnati’s pizza chains, which are considered to be one of the most famous pizzerias in Chicago. The brand claps back and takes a dig at the show.

Joke in Emily in Paris

The series presents Lily Collins as the lead heroine who relocates to Paris from Chicago to chase her dream job. In the opening episode, Emily’s extravagant new French associates (actors Philippine Leroy-Beaulieu and Arnaud Viard) comment by saying that when they tasted deep dish pizza in Chicago it was “disgusting” and “like a quiche made of cement.” And then, Emily says, “Oh, no, you must have gone to Lou Malnati’s.” The topic of the discussion then steered towards Americans being fat.

“We’ve been serving Chicago’s favourite Deep Dish since 1971. When Netflix’ Emily in Paris writers chose to take a shot at Chicagoans and our pizza to try to get a laugh, it felt heartless and not humorous in the midst of Covid-19,” said Marc Malnati in a press release labelled “Lou Malnati’s Pizzeria Is Not A Fan of New Netflix Series ‘Emily In Paris.'”

“It feels especially unkind to disparage anyone during these difficult times, given that most restaurants are struggling to hang on,” the chain’s press release stated.

EW talked to the officials of the show for further statements.

What do the makers of Emily in Paris have to say?

Cultural gibes are said in almost all the rom-com series, and maker Darren Star informed EW about the reason he wanted to make fun of both American and French people.

“Stereotypes exist for a reason; there’s a little bit of truth to them. I wanted to have fun pointing out cultural differences,” he stated. “The wonderful thing about travel is experiencing those. I wanted to portray this character going into a world of enriching moments, and it’s a comedy so obviously, we wanted to heighten them in a good-humoured way. We get digs in on the other side too.”