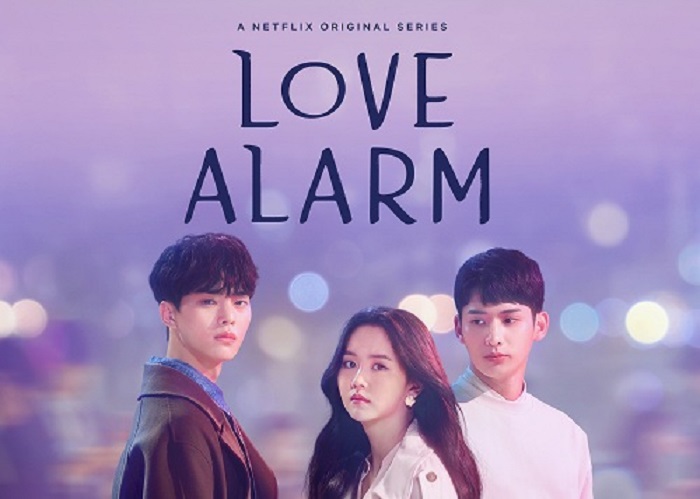 Love Alarm was among Netflix’s most successful shows last year.

Netflix’s Love Alarm was one of the many  K-Pop Drama‘s to take the world by storm in 2019. In fact, it became one of the most streamed shows on the platform and consistently showed up in the top ten trending list throughout the year. With the future of the show riding on how well received the first season would be, with a blockbuster entry to our lives it is not hard to guess that the show will receive a second season. Here’s what we know.

As we said before the show’s  survival depended on the performance of the first season. It’s grand success prompted executives at Netflix to immediately renewed it for a second season.  The series was renewed by Netflix on 29th October 2019. The writing for season 2 is already done with the first script reading with the cast taking place on 21st February earlier this year. Season 2 was scheduled to air this year but the pandemic has delayed production. We can expect the show to be on air early next year with the latest being mid-2021

The story of Love Alarm is centred around an app that lets you match up with people in your immediate vicinity if they have a romantic interest in you.  Though this may seem like something straight out of Black Mirror, the series is not as intense, instead is rather sweet watch. The first season has 8 episodes

Love Alarm stars Kim So Hyun in the lead role as Kim Jo-jo a girl who has a tumultuous past but tries to stay cheerful. We follow her as she navigates like with Hwang Sun-oh (Song Kang) who contrary to Kim grew up in a rich family and has a liking towards her and a love triangle forms between them and Sun0oh’s best friend Hye Yeong (Jung Ga-ram)

The series is available right now on Netflix.

Also read: The Family Man will be Much More Grander in Season 2