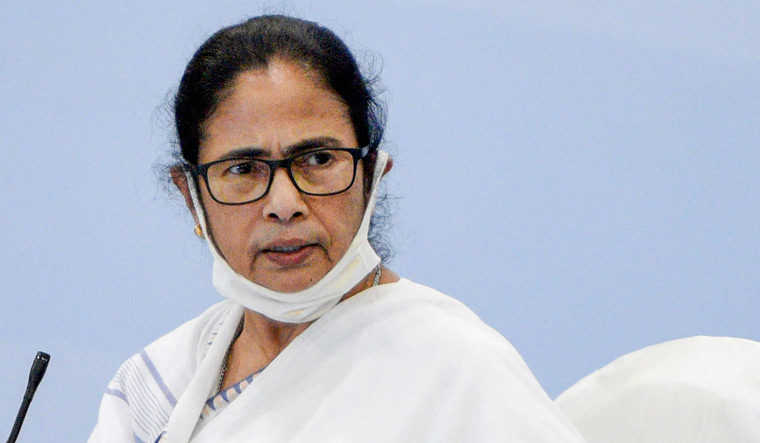 West Bengal chief minister Mamata Banerjee responded to the claims and criticisms made by PM Modi during his address to the farmers earlier today.

Kolkata: Prime Minister Narendra Modi, today took the opportunity to attack his rival in Bengal, Mamata Banerjee during an event where the PM was set to interact with farmers with regard to the new farm laws. PM Modi accused Banerjee of withholding funds that were supposed to go to the farmers under the PM-KISAN scheme.

“If you listen to a 15-year-old speech of Mamta Ji, then you will know how much her ideology has ruined Bengal,” he said.

Shortly after Mamata Banerjee responded to the PM’s claims saying the “Modi government has done nothing to help West Bengal. “They are yet to release even a portion of the ₹ 85,000 crore of outstanding dues that includes unpaid GST (Goods and Services Tax) dues of ₹ 8,000 crore,” said Banerjee.

The Bengal CM has previously supported the agitating farmers and also said she wrote a letter to “the concerned minister”(Narendra Tomar) to reconsider the implementation of the new farm bills. Banerjee said the Prime Minister “showed his apparent concern for the farmers through a televised address” instead of proactively working to resolve their issues.

A statement by the Chief Minister read,

“Let me set the record straight – we have always been ready to cooperate in the interest of the farmers. I personally have written two letters and have even spoken to the concerned Minister two days ago but they are refusing to cooperate and are instead indulging in malicious propaganda for political gains. When we are implementing so many schemes with Central Government, the question of not cooperating on a scheme that is benefitting farmers seems absurd,”

“Since you have raised questions on my ideology and commitment to the people of Bengal let me remind you that my ideology is consistent with the vision of founding fathers of this country, and I have wholeheartedly served the people of WB with the right intent, efforts, and with everything I have. For me, the people of the state are my family.”

The battle for Bengal has been getting bitter by the day. With both sides constantly hurling abuses and malicious claims, there seems to be no clear idea as to who has the upper hand right now. Constant defections from both the BJP and the TMC have also led to many political disputes to turn into personal disputes