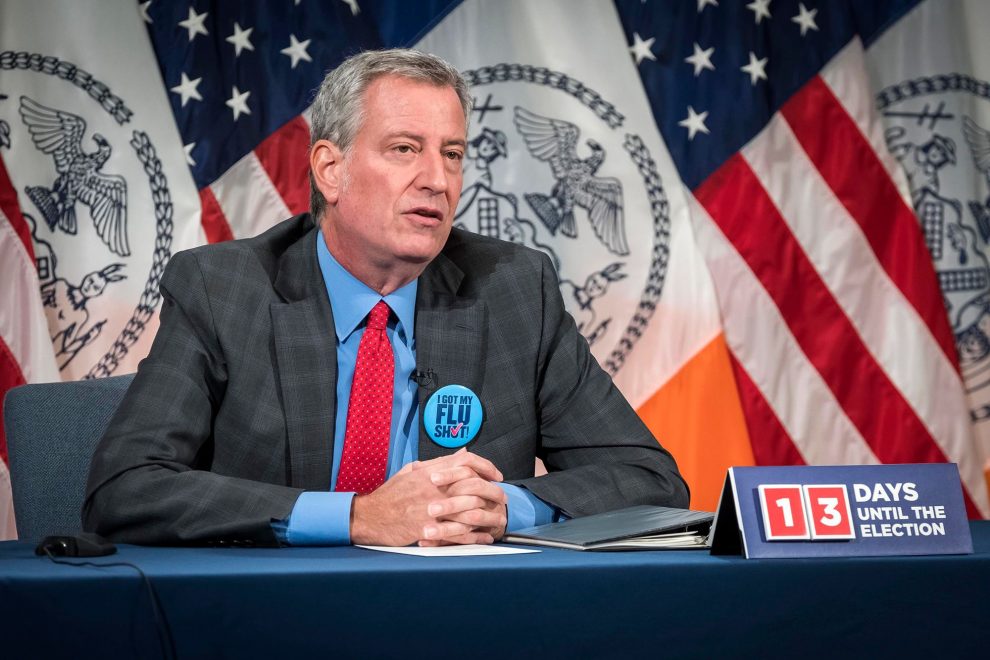 “Trump 2020” slogan recently took over the streets of New York City last Saturday. A couple of videos surfaced over the internet recently, which showed a cop from the New York Police Department screaming out loud “Trump 2020” on a loudspeaker in Brooklyn. It has led to an investigation and a little resentment towards the police commissioner and mayor.

After a couple of videos surfaced over the internet, people of the United States aren’t very appreciative of the alleged attempts by the police commissioner and the mayor to campaign for Donald Trump. In the first part of the video, we can see that an unidentified cameraman is standing at the intersection of St Paul Place and Crooke Ave. He encourages the cop to “say it again”. And the cop screamed on the loudspeaker “Trump 2020”.

As per the New York Police Department rules and regulations, officers are strictly prohibited from expressing their political views or endorsing any candidate, whatsoever. Commissioner Dermot Shea responded to the incident and said that it was a “one hundred per cent unacceptable. Period”. He said that Law Enforcement bodies must remain apolitical to ensure that they will serve “ALL New Yorkers” irrespective of their political beliefs. It is essential for New York residents to be able to trust their police for their production. The investigation is already in place.

Chief of Department Terence Monahan also condemned the officer’s actions. He said that when someone is wearing a uniform, it is essential that they remain apolitical. He said that this behaviour would not be tolerated and further updates regarding the investigation will be made available to the public.

Assurance also came from Mayor Bill de Blasio. He made it clear that any NYPD Officer promoting their political views on duty will face the consequences. He promised to take quick action. The Brooklyn South Investigation Unit is leading the investigations.

Trump 2020 Seems To Be A Distant Dream

As per the reports so far, Joe Biden is leading in the national polls for US Elections 2020. However, this doesn’t mean that Biden is bound to win. During the US Presidential Elections 2016, Hilary Clinton was leading the national polls, but we saw Donald Trump winning. So there are still chances that Trump 2020 could still be a thing.

However, former President Obama has encouraged the Democrats to vote for Joe Biden. In a recent rally, he claimed that the US had already seen what happened when Trump was elected.