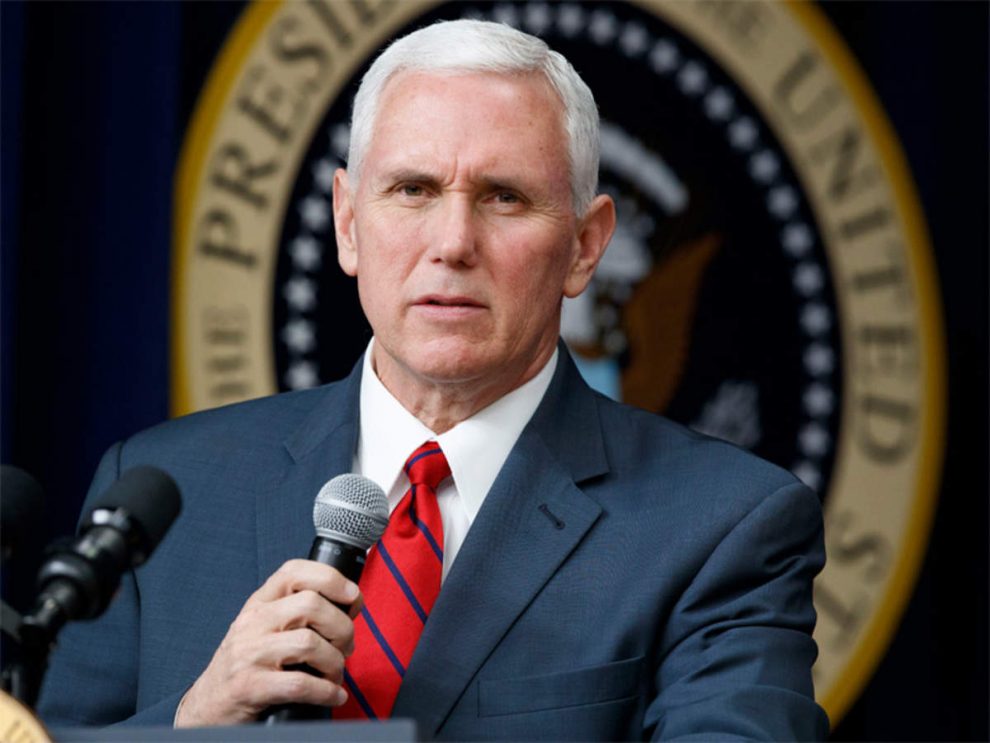 Mike Pence, the Vice President of the United States, tested negative for the Coronavirus while three other staff members have tested positive for Coronavirus earlier this week. However, Donald Trump’s chief of staff had defended the White House’s response to the deadly virus. They said that the United States isn’t going to “control” the pandemic.

So far, the White House and Donald Trump’s administration seems to have taken the pandemic leniently. The U.S. is currently on the first rank with the highest number of coronavirus patients reported so far. And in the names, Vice President Mike Pence has kept himself safe. Reports suggest that three members from his team have tested positive. Two of them have been identified as Marc Short and Marty Obst. The third person’s details haven’t been confirmed.

Marc Meadows, White House Cheif of Staff, recently responded to being asked about why the diagnosis wasn’t shared publicly. He said that it was personal information. Besides, public revelation of diagnoses in such cases is only done in the case of President and the Vice President or someone too close to them. It is only done when it would have a more considerable impact on the public and the administration. He said that when something like that happens, they have an obligation to inform the public and assure that they would be tracing the first contact.

Mike Pence is the leader for the White House Coronavirus Task Force. He has tested negative for the virus so far and will continue to work towards Donald Trump’s re-election. A statement released from the department stated that Mike Pence is an “essential personnel” under the Centers for Disease Control and Prevention guidelines.

Why Is Mike Pence “Essential”?

The statement was challenged during an interview regarding the “essential” remark for Mike Pence. To which Meadows responded that Pence is not just campaigning for Trump’s re-election but is also working. Pence wears masks more often than Trump and only takes them off when he is addressing the public.

He said that the United States is not going to control the pandemic and will be moving forward towards the preparation of vaccines and therapeutics. However, he did say that the government is making constant efforts to control the spread of the virus. National Security Adviser Robert O’Brien said in a statement on Sunday that the only thing that can contain the virus is a vaccine. And they will have it prepared in less than a year.

Short is Pence’s top aide and is usually around him. While tracing the origin of the virus, Short’s name came up as he is close to the Vice President. So far, he has had only “mild symptoms”.

In September this year, Donald Trump, along with First Lady Melania Trump tested positive for the Coronavirus. Soon after his youngest son, Barron Trump also tested positive for the same. Overall, the U.S. is also experiencing a second wave of the Coronavirus. On Friday, new cases touched the 83,000. The country has reported about 8.6 million coronavirus cases and more than 225,000 have died.