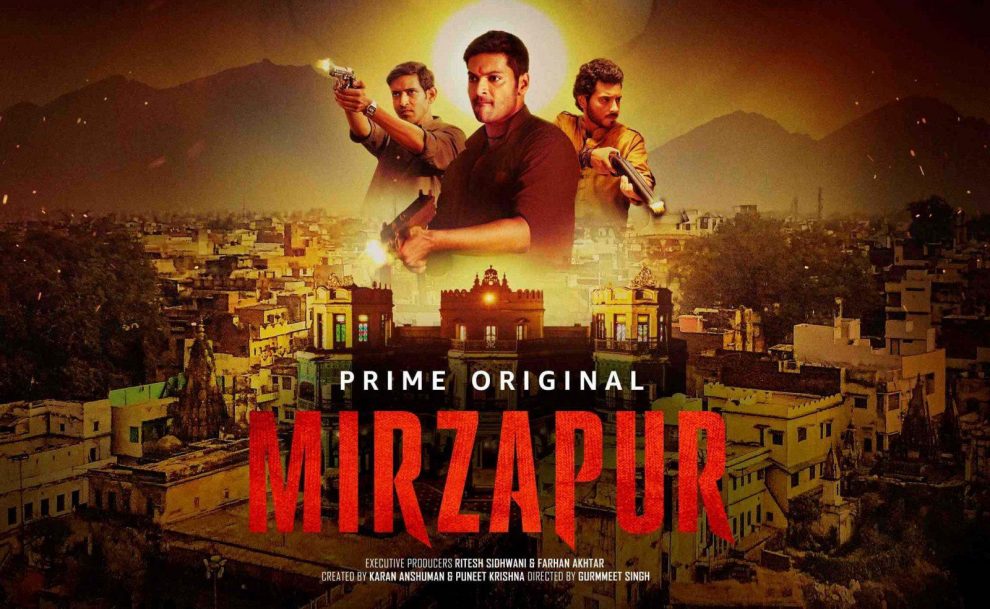 Mirzapur is a crime thriller web television series on Amazon Prime Video produced by Excel Entertainment. The series is Amazon Prime Video’s third fiction Indian Original after Inside Edge and Breathe. It stars Pankaj Tripathi, Shweta Tripathi, Divyendu Sharma, Ali Fazal, Vikrant Massey, Shriya Pilgaonkar, Rasika Dugal, Harshita Gaur, Kulbhushan Kharbanda Vijay Varma, Isha Talwar, Lilliput and Neha Sargam. There was a long gap between the first two seasons, The show has a strong following and recites a bloody and brutal tale of gangster violence in North India in the region of Mirzapur. Season two of Mirzapur aired on October 23 and was a big hit just like the first season.

In Season 1 The show followed siblings “Guddu” Pandit ( Ali Fazal) and”Bablu” Pandit (Vikrant Massey) as the started working for the drug and arms kingpin Kaleen bhaiya (Pankaj Tripathi) the uncrowned king of Mirzapur. The brothers succeeded as they increased both drug sales as well as guns in Mirzapur. But it came at a cost with escalating violence in the region as some non-corrupt law officials are brought in to restore law and order. Both Guddu and Bablu were forced to go underground

Fast Forward to the second season Kaleen’s arch-nemesis – the Jaunpur strongman Rati Shankar Shukla (Shubhrajyoti Bharat) – is dead, but his son, Sharad (Anjum Sharma), vows to take revenge, intending to take over the Mirzapur throne. Butt now Guddu and Golu too look forward to conquering Mirzapur. Munna is determined to step outside his father’s shadow. The political tussle is also now rough, as Kaleen starts dealing directly with the chief minister, along with Munna who assists the politician’s widowed daughter (Isha Talwar) in election campaigns.

A new set of characters has been introduced: the Tyagi gang who, dealing in stolen vehicles, become Tripathi’s business associates, as a result, this season has become geographically diverse this time, cutting from Lucknow to Mirzapur to Balia to Siwan,

What can we expect in season 3?

In season two we saw that Maqbool has turned against the Tripathi’s, but Sharad Shukla, who rescued Kaleen Bhaiya after he was shot by Guddu and Golu, might become his right-hand man, only to betray him. Madhuri who now is the Chief Minister. We saw how she took politics so effortlessly and strategically planned to become the CM’s chair. She is now in power and loved Munna, she might seek revenge for her husband’s death as well as Munna’s in the third season of Mirzapur also it’s hard to believe that there’s just one legal heir left to the throne. There are chances that in season 3 we will see Madhuri pregnant with Munna’s child, another contender for Mirzapur’s Throne.

.Bloodshed is not new in this series so anticipate that the characters who breathed their last in season 2 will no longer be seen in 3rd.Though some fans believe that Munna Bhaiya might still be alive , we probably wont be seeing Divyendu Sharma along with Kulbhushan Kharbanda whom played the role of Bauji in the third installment.

The makers have not confirmed about the third installment, looking at the gap between the last seasons ,the fans might have to wait for a longer time.

What are your anticipation and Theories about the third season of Mirzapur? Let us Know

Never Have I Ever Season 2: Release Date Plot And Other Updates
Goliath New Season: All that we know about Season 4 !
Comment