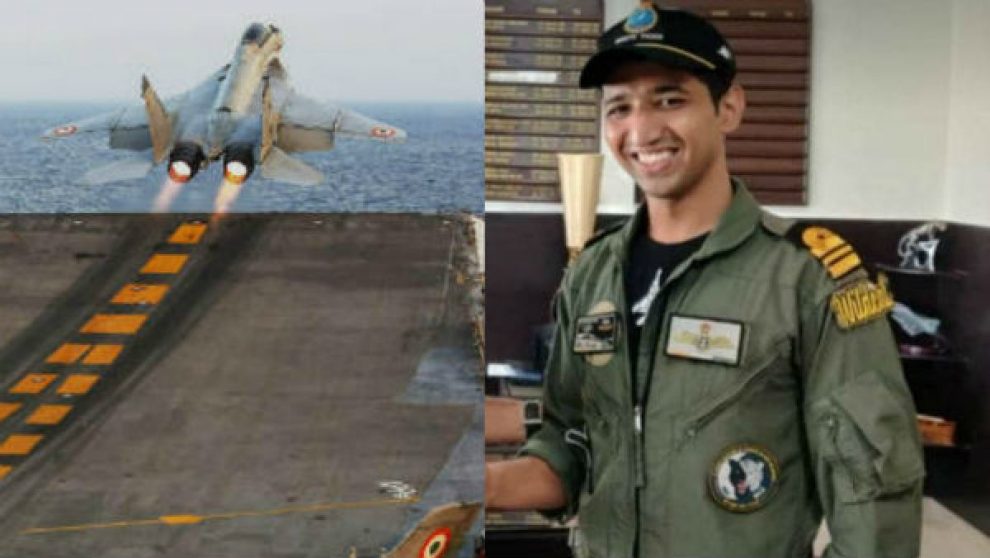 The Indian Navy found the body of missing pilot Commander Nishant Singh on the seabed on Monday, nearly 12 days after the disastrous MiG-29K aircraft crash in the Arabian Sea. The body was discovered 70 metres underwater and 30 miles off the coast of Goa.His family has been told, as per procedure, and DNA tests are underway to confirm the identification of the corpse.

“Indian Navy has recovered the body of the missing MiG-29K pilot Commander Nishant Singh on the seabed 70 metres below water. It has been found 30 miles off Goa coast after an extensive search. The aircraft had crashed on November 26 while operating over the Arabian Sea.”The officials stated.

A trainer aircraft operating from the Arabian Sea aircraft carrier INS Vikramaditya suffered an accident  on 26 November at about 5 p.m.
Of the two pilots on board the plane, one was rescued on the day of the crash and the other has been missing since then. For the second pilot, air and surface unit search operations were launched.

Around nine warships and 14 aircraft were engaged in search efforts, the Fast Interceptor Craft of the Indian Navy was also dispatched to search coastal waters. Underwater searches by divers and mapping of the sea bed using advanced instruments were also carried out in the vicinity of the MiG-29K main wreckage.

Last week the Navy had reported that some aircraft debris, including landing gear, turbocharger, fuel tank engine and wing engine cowling, had been found during the search mission.

About a decade ago, the Indian Navy procured a fleet of 45 MiG-29Ks from Russia to operate from INS Vikramaditya at a cost of about USD 2 billion.The MiG-29K is an all-weather carrier multirole fighter aircraft produced by the Russian aerospace corporation Mikoyanan (MiG).

The MiG-29K twin-seat fighter aircraft crashed in the South Goa district in November last year and both pilots were safely ejected. On February 23 of this year, another MIG-29K crashed into the Arabian Sea off the coast of Goa after taking off from INS Hansa, a renowned naval air station in Vasco, Goa. The aircraft’s pilot had managed to successfully eject.

This is the third crash involving the Mig-29K aircraft over the last year.

Read Also: Approval to India from the US for $90 Million Military Equipment and Services