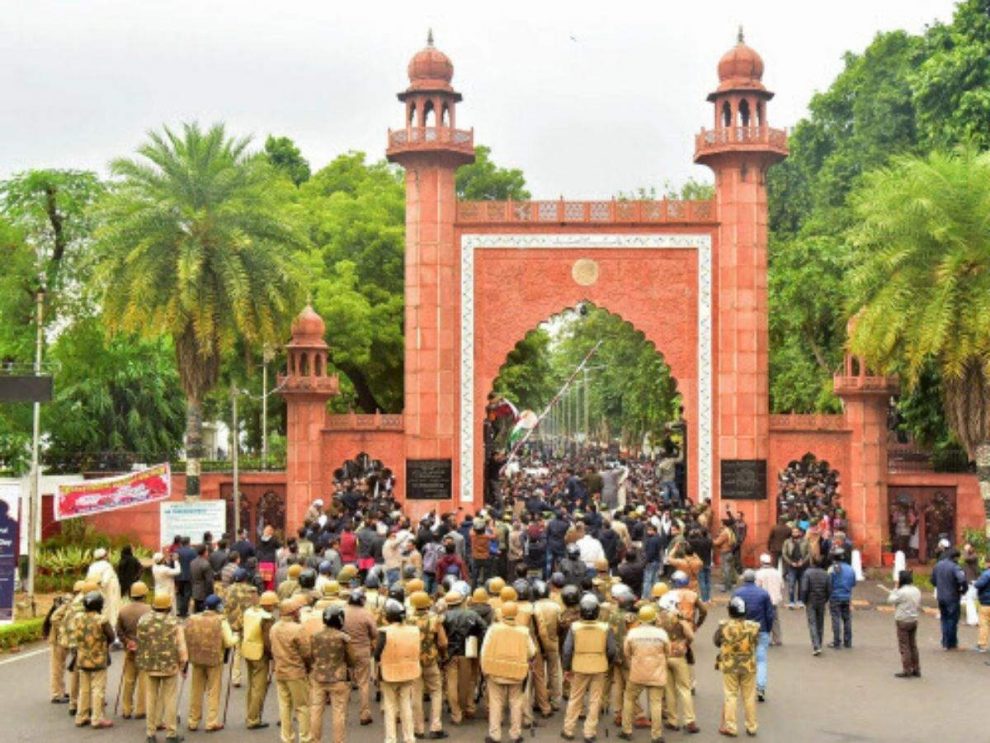 In a live Address, Modi urged the students to take part in the celebrations by completing certain tasks

Aligarh: PM Modi presided as the Chief Guest of the centenary celebrations of the historic Aligarh Muslim University. He attended the ceremony via video conferencing.

During his address to the faculty Modi congratulated the staff for carrying the rich history and legacy of the prestigious university. The Prime Minister referenced the similarity between the students of the university and the nation’s youth in search of the truth through scientific and thorough research.

He then made a special request to the student of the university. “Since you have a magnificent research facility and in the 100 years of the University has given rise to many of our freedom fighters and national heroes” said the PM. He continued,” So I would like it if every hostel takes up a specific freedom fighter about whom much is not known and inform the world about them.

“Visit their homeland, try to find out if any of their relatives are still alive, find out what they do and find out what they know about their ancestors.” said the PM. “In it’s 100 years of history, AMU has crafted and polished millions of lives giving them modern and scientific thinking and inspiring them to do something for the society and nation”

ANI Editor, Smita Prakash noted the significance of the moment since PM Modi was the first sitting Prime Minister since Lal Bahadur Shastri to address the Aligarh Muslim University. He urged everyone to halt politics for a while and focus on “Sabka sath, Sabka Vikas” He also thanked the University for their immense corporation and support to solve the ongoing Covid-19 crisis.

“People tell me that the AMU campus is like a city in itself. We see a Mini India among different departments, dozens of hostels, thousands of teachers and professors. The diversity which we see here is not only the strength of this university but also of the entire nation”, said the PM concluding his address.