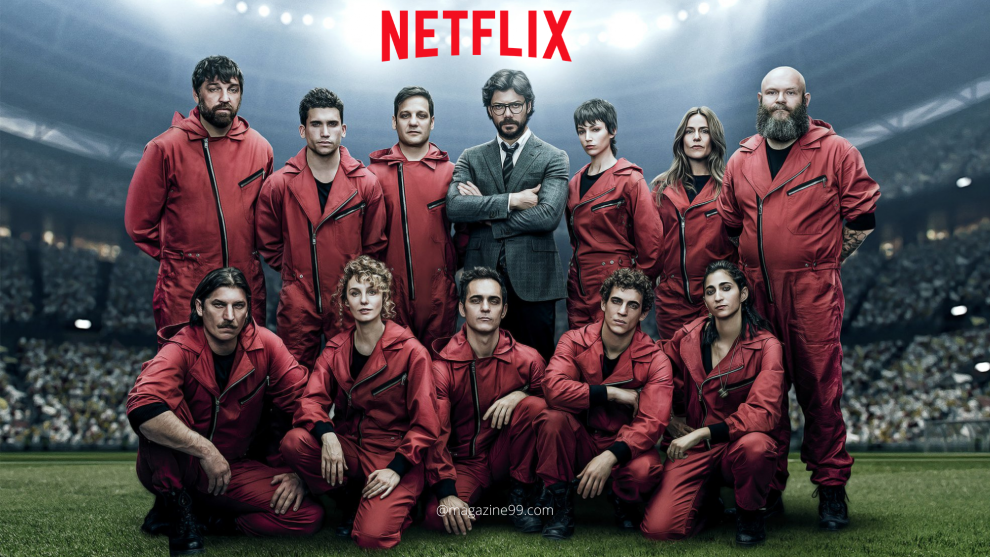 Money Heist Season 5 aka La Casa De Papel Season 5 has been officially renewed by Netflix for a new and final season in July 2020. If you don’t know then Money Heist is a Spanish drama series created by Alex Pina. It is the most popular Netflix original non-English series which smashed viewership records and earned many awards including International Emmy Award for Best Drama Series in 2018.

Money Heist Season 5 is expected to be the most exciting and thrilling season ever of this franchise. Although the creator of the show decided to end this series at this point. Season 5 will be the final season of Money Heist Season on Netflix.

Currently, there are 4 parts of Money Heist. The Heist Story of “The Royal Mint of Spain” is covered into two parts which were first released in six months gap by Antena 3 in June 2017. Later Netflix has acquired the series and once this series broke all the records it took nine months to release from part 3 to part 4.

Our favorites character of Money Heist Season 5 is seen back to business. Recent activity from Álvaro Morte (The Professor) and Úrsula Corberó (Tokyo) social media handles is showing the production of the most awaited season of Money Heist is started.

There are possible chances of a second wave of COVID in Europe but If everything goes fine then we might expect the official release of Money Heist Season 5 in the USA, UK, India somewhere by the fall of 2021.

This ongoing pandemic hits every production house very hard. Money Heist Season 5 productions were halted back in March 2020 due to lockdown in Europe. At the early stage, Spain is one of the worst affected countries around the world so it was very difficult for the team to delivered season 5 as a promised date. Money Heist Season 5 is going to be filmed in various parts of Europe including, Spain, Italy, France.

Netflix has announced two new cast members for Money Heist Season 5 – Miguel Ángel Silvestre and Patrick Criado. Their character isn’t revealed yet but it seems to be sure these famous actors will be playing an important role in the Money Heist Season 5. Apart from this, you will see previous members as well including.

If you are one of the Money Heist die-hard fans then Netflix has released the behind-the-scenes documentary film “Money Heist: The Phenomenon” just after part 4. It was released in April 2020 which shows many beautiful shooting locations and behind the scene. Here’s the quick look at the documentary which is available on Netflix.