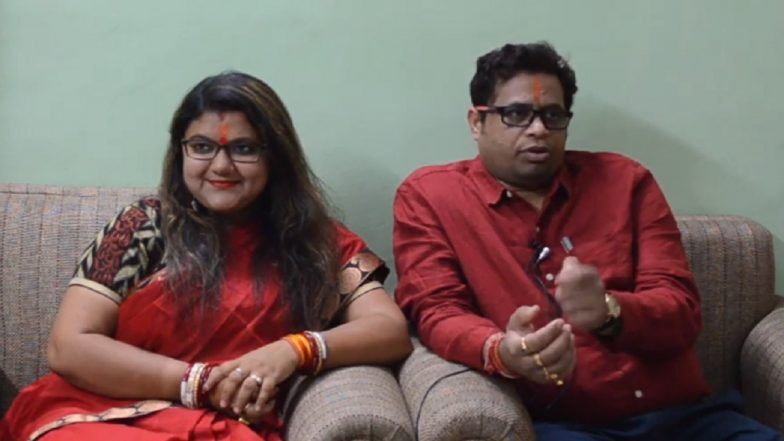 Politics seems good when it remains outside of the home and personal lives. However, it was not so in the case of MP of the BJP, Saumitra Khan as his wife recently joined the Trinamool Congress. Now, he is saying regarding the filing of divorce from her for joining the party. Reportedly, Sujata Khan Mondal who is the wife of the BJP MP joined the Congress party on Monday. She joined the party in Kolkata in the presence of Saugata Roy who is the party leader and Kunal Ghosh who is the spokesperson for the party.

Sujata Khan stated her reason for leaving BJP and joining Congress. She said that the recognition she deserved was not given to her in the saffron camp even after she took several risks for the election of her husband in the general election of 2019. Sujata also mentioned that more importance was given to the misfit, new inducted and corrupt leaders than the loyal ones. She stated that she got nothing in return even despite enduring physical attacks and sacrificing so much for getting her husband elected for the Parliament. While speaking to NDTV, she said that she wants to breathe and want respect. Now, she wants to work with her didi and also become an able leader of an able party. She also spoke her reaction of her husband and said that his future course of action will be decided by him only. She hopes one day he will also realize and might get back to TMC.

Reportedly, Saumitra Khan is very disappointed and angry with his wife for joining the Trinamool Congress and said that he will end his ten-year relationship and will file for a divorce. He also asked her not to use his surname anymore. Saumitra said at a press conference that rift is created by some people between husband and a wife who does not hesitate to do so and also she is used by some people. They stood by each other for the elections of 2019 Lok Sabha and she is also his pillar for the Lok Sabha campaign of Bishnupur. However, he asked her not to forget that he had won by 6,58,000 votes and this all possible due to his reputation in the area and his party.

Khan also during the briefing to media broke down and said that his marriage got ended due to politics and he will now work harder for the BJP. He also mentioned that it is only due to him and his party that his wife got popular. Furthermore, he said that he is giving her all the freedom to do so and make her political destiny and asks her not to forget that she is siding with those who attacked the residence of her parents when he joined the BJP in 2019. He also asked her not to refer herself as the wife of Saumitra Khan and also not to use his name. She has only come this far by using his name.

Ariana Grande is engaged with Dalton Gomez
Borris Johnson, Prime Minister of the U.K’s trip to India may get cancel
Comment