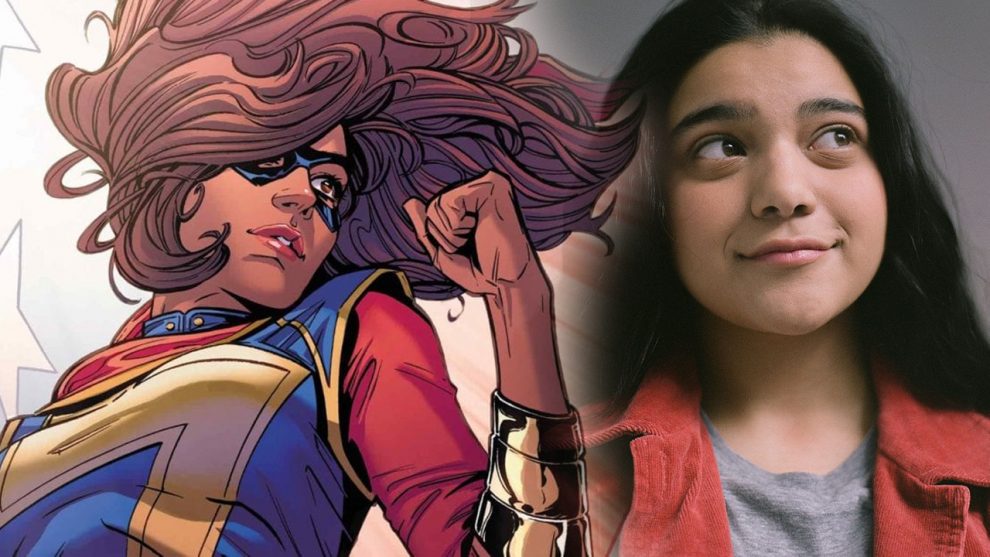 The new up and coming actress, novel member of the Marvel family; Iman Vellani has recently been recruited by Marvel Studios. The Ms. Marvel team was in a long and tough search of a talented and idealistic attitude lead for a fictional American superhero Kamala Khan, and boom it’s here! Iman Vellani has broken the news over social media, where she is going to play the character of the most awaited character Kamala Khan. The series would be a Disney+ TV series, streaming soon for its fans over there.

The character depicts a fictional American superhero who has supernatural potential to alter her shape and size frequently. She possesses an idealistic attitude and immense power to make the world a better place to live in. She aims to destroy all the evil and dark forces from the world and establish an era of goodness and humanity. She is a 16-year-old Muslim teenager residing in New Jersey, Jersey City, who peek to superheroes for their inhuman deeds. Kamala Khan doesn’t aim to have future generations living in a mean and cruel world. Hence, she is there!

Ms. Marvel : Fans views over it

Marvel fans are very excited to see another new comer in the Marvel family. Marvel studios possess an extremely good taste in recruiting cast. It has proved itself to hire the most appropriate casts ever. Fans are considering it a fresh commitment to marvelous diversity. However, some were expecting others too. Mindy Kaling and Kumail Nanijani have expressed joy and welcomed her in a new team.
Marvel Studios chief Kevin Feige has stated that in addition to small screens, Kamala Khan is going to be a part of future Marvel films too. So just be ready to knot every thread of the story from here only!

Well, fans are super excited to know their new role model and her journey. Iman Vellani is a Canadian teenager who aims to be a star of glamorous Hollywood soon! She was spotted first in the Film world at the 2019 Toronto Film Festival. There she was a part of the Next New committee. She is predicted to be a female counterpart of Captain Marvel. The first American Muslim superhero might have superhero endurance, seventh sense, stamina, physical durability, and Kree physiology.

Ms. Marvel: What you must not miss!

The character first appeared in the 2012 American comic series. The show is going to be presided by writer Bisha K. Ali. The series is going to have Wanda Vision as the first show of series. After the recruitment of ‘Bad boys for life’ named Adil Ek Arbi and Bilal Fallah and Oscar winner Sharmeen Obaid Chinoy and Meera Menon as directors of the show. After the 2 weeks of this bang, the studios gave another big bang by hiring the lead star. Marvels have always met the expectations of its fans and kept an enthusiastic aura of itself. The series is again going to go above all your expectations, so just get ready, roll up your sleeves, set your couch, pop some popcorns, and enjoy the show very soon!