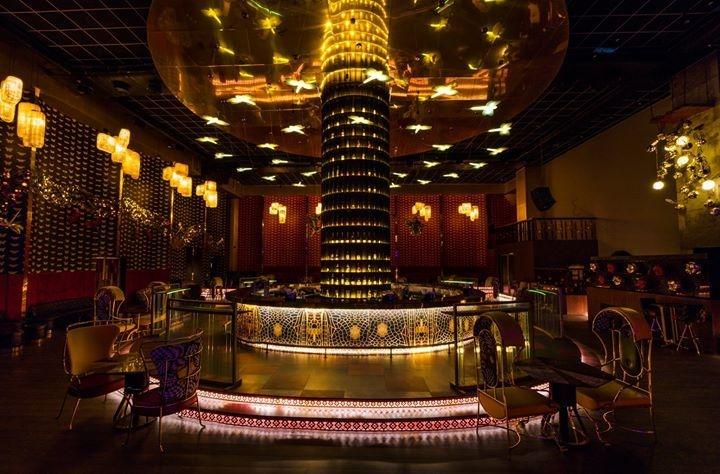 On Monday police raided Badshah’s Restro Bar, Dragonfly and issues a notice for the same to Guru Randhawa, Sussanne Khan, while Badshah escapes from the back door.

View into the Restro Bar Dragonfly

The Restro Bar Dragonfly, was co-founded by Badshah with his friend, Priyank Sukhija, the owner of First Fiddle Restaurants, in 2019.  The franchise opened its branches from Aerocity, Delhi, to Mumbai. Badshah stated that the restaurant would be a game-changer for the public. From the fun night, dance, to drinks, every kind of chilling experience can be found in this restaurant.

First Fiddle Restaurants owner and MD, Priyank Sukhija added that he had a long term plan from the beginning to open a restaurant with his long time friend, Badshah. He hopes to pave his way into more such future alliances and partnerships with his friend. Badshah also mentions how Priyank is his longtime friend and also applauds him by stating how passionate and hardworking he is and he also, in turn, learned a lot from him.

Guru Randhawa, Suresh Raina along with others violate COVID 19 protocols

At the same retro bar, on Monday the Mumbai police raided the restaurant in view to not following the Covid 19 protocols laid down by the Maharashtra Government. Amongst the accused, there were, Singer Guru Randhawa, cricketer Suresh Raina, interior designer Sussanne Khan and other 34 such individuals. The co-owner of the bar, Badshah fled the scene through the back door. The celebrities later were released on bail by the Mumbai Police.

On Monday, the Maharashtra Government issued a public notice where a night curfew was imposed on the municipal areas of the state and all public activities were kept on a halt from December 22 to January 5 as a precautionary measure to the concern for the newly found variant of COVID 19, which was found to be spreading rapidly in Britain. All the flights to and from the country were stopped since then.

The Mumbai Police raided the club at around 2:30 am. The above mentioned along with 34 other celebrities were accused under Section 188 (Disobedience to order duly promulgated by public servant), 269 (whoever unlawfully or negligently does any act which is, and which he knows or has reason to believe to be, likely to spread the infection of any disease dangerous to life), 34 (Acts done by several persons in furtherance of common intention) of IPC and provisions of NMDA.

The celebrities were later released on bail. The team of Guru Randhawa later mentions how the singer regrets going to the club. He says how he is a law-abiding citizen and was totally unaware of the recent curfew imposed by the state. He promises to abide by all the government rules and protocols by taking all the precautionary measures at the same time. Later on Tuesday, the Mumbai Police tweeted sarcastically,” Party (Nahin) Chalegi Till Six In The Morning (Party won’t go on till 6 am)! A raid was conducted at a nightclub in Andheri at around 3 am, for flouting COVID prevention norms. Action has been initiated against 34 people, out of which 19 were from Delhi & Punjab, including some celebrities #NewNormal.”