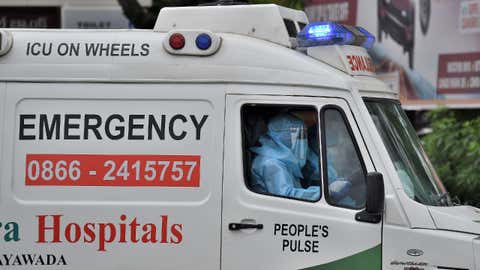 Patients from Eluru in Andhra Pradesh had a wide variety of symptoms, doctors said, ranging from fatigue to fits and falling unconscious.

In the event they are requested, a number of beds at Eluru Government Hospital have been released. The outbreak arrives as the coronavirus pandemic continues to be battled by India. Local media said coronavirus samples had been taken by the patients, all of which were negative.

People who have fallen ill belong to many societies, such as Ashok Nagar and Arundhatipet, in the town of Eluru, where a case of drinking water pollution was registered 10 days ago. Health Minister Srinivas said teams of doctors from Vijayawada were rushed to assist local doctors and to investigate the cause of the disease as well.

Since Saturday evening, at least 300 individuals have been sick in Eluru in the West Godavari district of Andhra Pradesh, including many infants, some as young as 4 years old. While authorities initially speculated that the cause was polluted drinking water or air pollution, both were ruled out by Sunday night. A Kali Krishna Srinivas, Minister of Health in Andhra Pradesh, said blood samples and swabs were sent for lab examination, with reports awaited.

“We ruled out water contamination or air pollution as the cause after officials visited the areas where people fell sick. Water samples were sent for testing and no contamination was found. Blood samples of the patients have been sent to labs. No viral infection has been detected. All the patients are COVID-19 negative. It is some mystery illness and only lab analysis will reveal what it is,” Mr Srinivas said.“Medical camps are being set up to provide treatment to the patients. A door-to-door survey is being conducted to monitor their health,” he added

In the meantime the opposition, the TDP, has criticised the government for neglecting sources of drinking water.