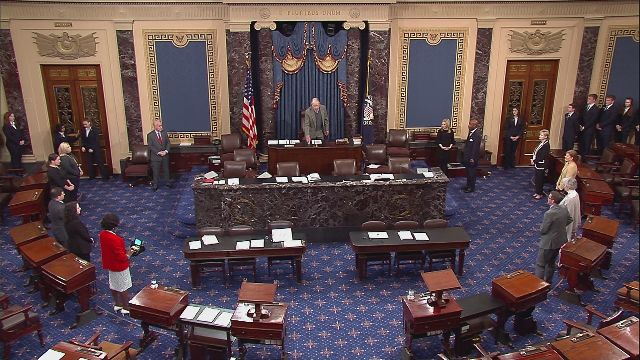 A new bill was passed unanimously by the US Senate on December 2, 2020, eliminating employment-based immigration visas per-country numerical legislation and raising it to family-based visas. The supposed Bill comes as an advantage for the hundreds of thousands of Indian professionals who are in line for many years to get their green card in America. The US issues green cards annually only up to the number of 140,000 with a 7% country cap at present. As per US Citizenship and Immigration Services (USCIS) data, over 800,000 Indians are still waiting for employment-based green cards.

Benefits of the Bill to the Indian Professionals in America

Utah’s Republican Senator Mike Lee sponsored the Bill in the Senate. The US House of Representatives initially passed the Fairness for High-Skilled Immigrants Act by a bipartisan of 365 to 65 votes on July 10 of 2019. The legislation provides an increase in the family-based immigrant visas per country cap to fifteen percent from seven percent with the availability of the total number of such visas available. The employment-based immigrant visas also get the elimination of the seven percent cap. The provision will help in the removal of many Indian IT Professionals massive backlog working in the US.

Furthermore, it reduces an offset that reduces China’s members’ number of visas. There is a large number of Indians who are lawfully residing with their family members in the US. They have also been approved for their green cards but are still awaiting the employment-based green cards. The passage will hugely remove the backlog and is a massive relief for the Indian Professionals.

Mike Lee working on the passing of the Bill

Mike Lee, long after voicing for the passing of the Bill, finally made it happen on Wednesday in unanimous consent. It is a bill formulated to fight the nation’s immigration laws discriminations while also securing the American workers’ protection. Senator Lee said that few things should matter and be central as Americans and the idea about people judging based on their individual qualities rather than the race or nationality. The passing of the Bill lives up to their founding principles, which brought an end to the discrimination of ethnicity in the nation’s employment-based green card. The much-needed reforms in the H-1B visa system also get contained in the Bill.

The newly passing Bill would provide for the following reforms as mentioned below. The Bill is yet to get the consent of the President for becoming a law. However, it will become so in the coming days.