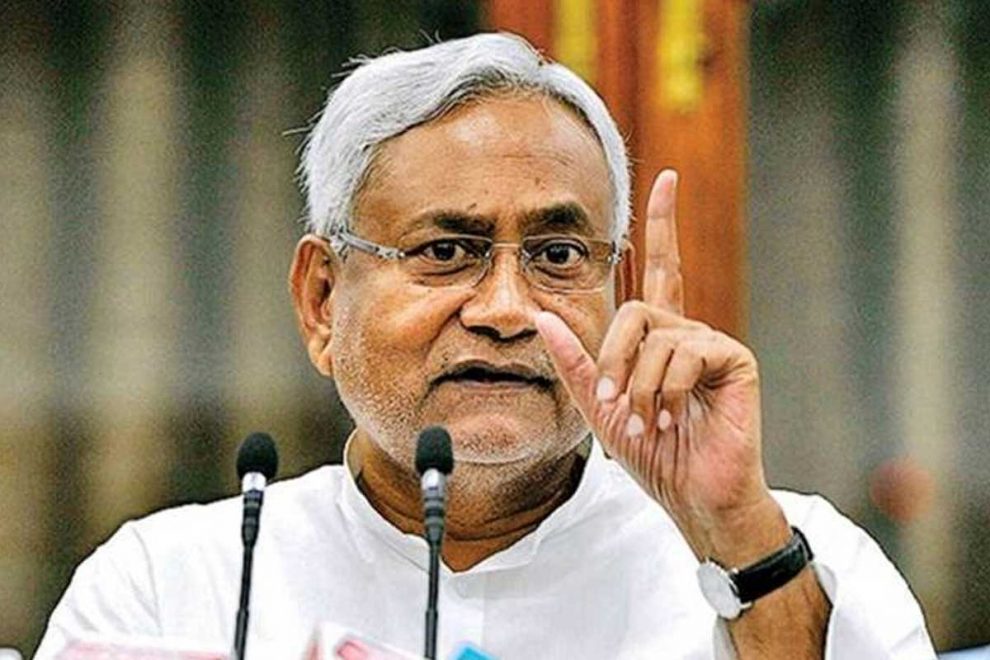 Nitesh Kumar got the taste of onions while campaigning recently in Bihar’s Madhubani for elections ending on Saturday. He was in the middle of the speech when someone started to throw onions on him. As soon as it happened, his security personnel formed a shield around him to protect him for getting hurt. Meanwhile, Nitesh Kumar, Chief Minister of Bihar, continued his speech.

During a speech, any angry bystander started to throw onions on the Chief Minister of Bihar, Nitesh Kumar. He was talking about providing jobs to the people of Bihar when onions came flying towards him. However, none of them hit him, and he is safe. Furious at the incident, he said, “Khub feko, khub feko, khube feko (keep throwing).”

Soon after the incident, the security personnel caught the attacker. And Kumar asked them to let him go and not pay any heed to him. He continued his speech and targeted the opposition leader Tejashwi Yadav. He accused Lalu Yadav and Rabri Devi for ruling over the state for 15 years and ruining it. He said how Tejashwi Yadav promise 10 lakh jobs when Lalu Yadav couldn’t do it in 15 years could. Kumar claimed that Lalu Yadav was only able to give 95,000 jobs in 15 years when it is indicated that the 6 lakh jobs can be given.

Also read: COVID Vaccine To Be Made Available For Free By BJP In Bihar – Party Manifesto

The 69-year-old Nitesh Kumar who is looking forward to winning elections for the fifth time seems to be having a difficult time at the election rallies this year. Some even suggest that there are glaring signs of anti-incumbency. And not just him even other ministers seems to have gotten angered on stage during their rallies.

One such incident happened a few weeks ago. Nitesh Kumar was in a rally in Chhapra when he lost his temper over a citizen. The person in the middle of the speech screamed “Lalu Yadav Zindabad (long live Lalu Yadav)”. Angered at the interference, Kumar asked the person to raise their hand. He asked the person speaking “anap-shanap (nonsense)” to not create chaos in the middle of the rally. He said if you don’t want to vote for me, then you must leave. But don’t destroy the votes for the man you are creating slogans for.

Another thing that could possibly be bothering the Chief Minister is the number of people in his rallies as compared to the number of people in Tejashwi Yadav’s rallies. There have been massive turnouts and cheering at Yadav’s rallies especially after he promised to provide 10 lakh jobs to the people of Bihar. However, so far, the BJP has maintained an opinion that they don’t drive their motivation from the size of the crowds.

The final round for Bihar elections 2020 will be held on Saturday, and the results for the same will be announced on November 10.