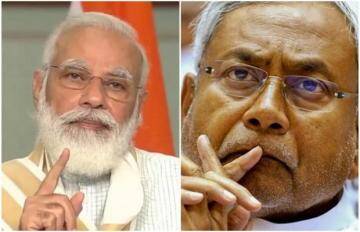 After every vote was counted in the Bihar 2020 Constituency elections it was clear that the NDA would receive the required 125 seats in order to stray in power. BJP came up as the clear favorite in the National Democratic Alliance having won 74 seats with the JDU seeing a steep decline in confidence after winning a decade low 43.

Despite the lack of voter support, senior BJP leaders have all voiced their opinion saying Nitish Kumar should remain as the head of the state. Home Minister and chief BJP strategist Amit Shah had stated earlier “Nitish will remain the head of the state”. However one can be sure that the BJP will hold a larger stake in the decision-making process of the state.

Also Read: PM Modi Thanks Voters And Workers After Victory In Bihar Elections

“When we decided to be partners, our then national president Amit Shah had said that NDA would be led by Nitish Kumar. So, it stands.” , said Sanjay Jaiswal, BJP, Bihar’s president. When asked if the JDU head will lead the NDA government for all 5 years Jaiswal quoted PM Modi’s sentiments saying his promise will prevail.

Meanwhile, opposition leader Tejaswi Yadav had harsh words for his former ally saying, “Nitishji should resign out of self-respect after such a shameful performance”. The RJD leader won the most votes for a single political party in the 2020 election. The party has also suggested that they have sent in people to talk to smaller parties and their former allies in the NDA,  Vikassheel Insaan Party(VIP), and Hindustani Awam Morcha (Secular) (HAMS).

The Mahagathbandan has managed to win 110 seats. With the help of their former allies VIP and HAM(S) and willing ally AIMIM who have 4,4, and 5 seats respectively they could form the government in Bihar. RJD has said they would be able to offer these smaller parties better positions than in the NDA government.

A VIP source confirmed RJD’s offer and stated though “enticing” is not something they’d consider with a big reason being their unwillingness to change sides twice in a single election season.

It seems unlikely that MGB will gain power or will be able to persuade other parties to join them. RJD in a statement said It doesn’t hurt to try”