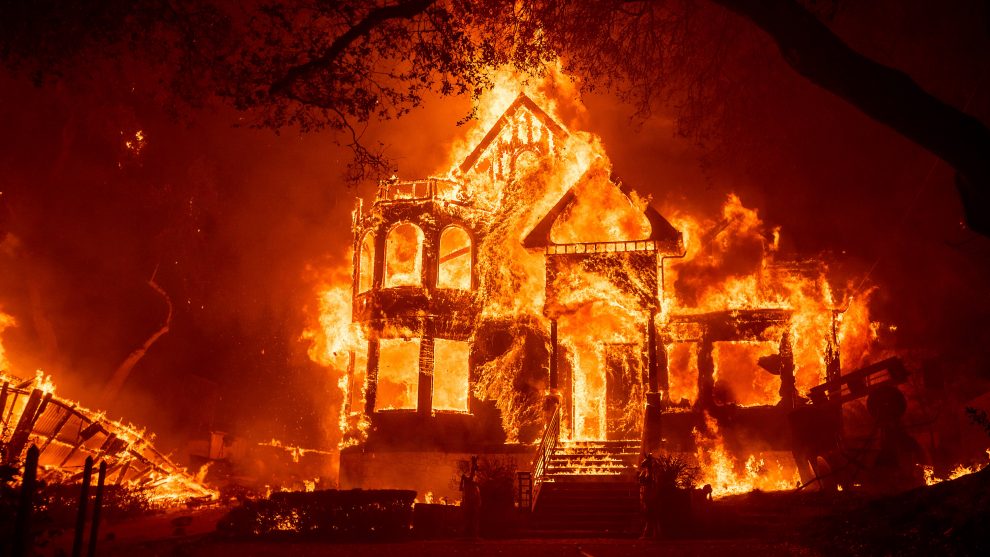 Northern California was on fire on Monday yet again. The wildfires were fueled by the strong winds fanning the flames to outlying areas from an already burning region. So far three people have been reported to have died in the wildfire. The authorities have evacuated approximately 70,000. The wildfires took place during the night when senior citizens were being taken to a safe place via city buses.

The wildfires first started on Sunday in the Napa-Sonoma and spread across 45 miles towards the North of San Francisco. This marks the third time that San Francisco has been subjected to wildfires since the year 2017. This includes the time in which 22 people lost their lives. Just last month, people were evacuated after a lightning-sparked fire across the region. It went on to become the fourth-largest fires in the history of the State.

In an interview, Daniel Berlant, Assistant Deputy Director of the California Department of Forestry and Fire Protection, said that it’d been a long time since the residents and the firefighters have had a break.

Susan Groin, Sonoma County Supervisor, revealed that because of the fires, she had to leave her house in Oakmont Community at 1 in the night. She said that she was already in the middle of building her home again and now she had to leave it. Gorin further told while she was leaving her family, she saw other three houses at the mercy of the fires. Talking about her experience, she said that they had had similar experiences before. After one has lost their homes once, they tend to become used to the devastation. She said that living with the wildfires is the “new way of life and, depressingly, a normal way of life”.

Wildfires Merged With Two Other Fires as Residents Prepare To Evacuate

As per the reports, the fire in Northern California started at the Glass Fire on Sunday at 4 in the morning. By the following day, it had spread to other areas expanding over 145 square kilometres. As of now, around 70,000 people have been evacuated and taken to a safe place. The entire population of the town Calistoga in Napa Country have also been ordered to leave. In addition to this, many residents in the neighbouring areas have been warned and asked to prepare as the firefighters continue to make progress. Country Chief urged the residents to leave their homes immediately upon order. He has asked the residents not to wait as it would put their life in jeopardy.

So far County Chief has reported the death of three residents. No further details regarding the dead have been shared.

There are also no reports regarding the collateral damage done by the fires. However, the Chateau Boswell Winery in St. Helena has been burnt down by the wildfires. Initially, Pacific Gas & Electric’s equipment was under the suspicion of causing the fire as they were trying to restore the power cut for over 100,000 customers. However, the investigation regarding the cause behind the fire is undergoing.