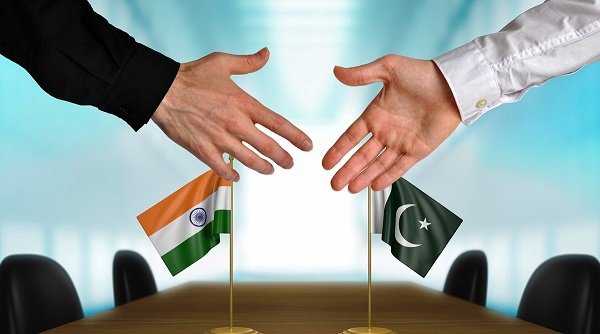 With a view of positive note and a kickstart to a new year, like every year, this year too, India and Pakistan shared their lists of various prisoners and nuclear facilites.

India and Pakistan shared the list of nuclear facilities

Pakistan and India on Friday carried out the annual practice of swapping their list of nuclear facilities under a bilateral agreement restricting them from attacking each other’s nuclear facilities. The swap was carried out under Article II of the Convention on Prohibiting Attacks against Nuclear Installations and arrangements between Pakistan and India, signed on December 31, 1988, said the Foreign Office (FO) in a statement here. The list of nuclear installations and installations in Pakistan was officially handed over yesterday at 1100 PST to the Indian High Commissioner’s Representative from the Ministry of Foreign Affairs.

Provisions included in the agreement

According to FO, despite ongoing tensions between India and Pakistan, the exchange of information continues since January 1, 1992. Pakistan-based Jaish-e-Mohammed terrorist group killed 40 CRPF Jawans. In response to the Pulwa Ma terror attack, a terrorist training camp was opened in the depths of Pakistan on February 26, 2019. Tensions between the two countries intensified after New Delhi. Repeal and branch off Article 370 of the Constitution to withdraw the special status of Jammu and Kashmir. India defended, claiming that the abolition of Article 370 was an internal problem. Restrictions have been imposed on the Kashmir Valley to prevent Pakistan from causing more pranks through proxy and terrorists.

A prisoner under Pakistani control and believed to be Indian was asked to provide access to the consulate of India as stated by the Ministry of Foreign Affairs in a statement. New Delhi also urged Islamabad to encourage the granting of visas to members of a team of medical professionals and to facilitate visits to Pakistan. Assessment of the mental state of Indian prisoners believed to have an unhealthy spirit in various prisons in Pakistan. India also proposed organizing an early visit to Pakistan by the Joint Justice Commission.