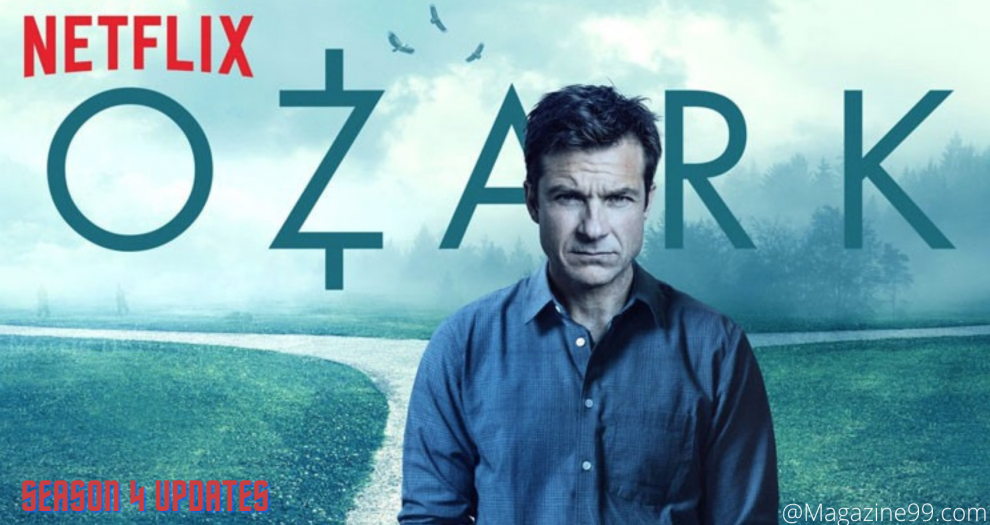 Ozark Season 4 updates: Ozark the one of the most popular crime-drama series available on Netflix. It is created by Bill Dubuque and Mark Williams. Currently, It has three-season released so far and fans are desperately waiting for the next Ozark Season 4. Ozark earned a huge positive response from fans and critics since its premiere.

Ending of Ozark Season 3 shocked many fans when Navarro shot one of the main character and her crime partner Helen Pierce. In this article we are covering some cause of Helen’s death and possible release date of the Ozark Season 4.

Netflix has officially confirmed that there will be another last and final season 4 of Ozark, the final season of Ozark will be 14 episodes long in two parts, It will show the aftermath of the Byrde family when Marty decided to quit the cartel. We will see more drug cartel fight in the upcoming season and some new faces.

Netflix hasn’t announced any official release date yet, but in the past show’s creator left Ozark release date announcements were very close usually one month before the airing. Read Also Mindhunter Season 3 Is Cancelled Or Renewed By Netflix?

There was a year gap between Ozark Season 1 and 2. Season 3 was released after a long-waited time duration of 19 months. So it is very hard to predict Ozark Season 4 expected release date but. With the ongoing pandemic which leading to delays in television industry, We are expecting Ozark Season 4 could appear late in 2021 or early 2022 in two parts.

Ozark fans were left in shock in the Season 3 when Cartel leader Omar Navarro shot his trusted attorney and partner in crime Helen Pierce in front of Marty & Wendy Byrde. Despite being an important figure in the series, Helen’s time was soon up after Marty and Wendy Byrde proved themselves to the cartel. Helen was shot right in front of the couple with the pair covered in Helen’s blood and gore.

Season 4 of the Ozark is going to be more thrilling and exciting than ever because of the Cartel direct involvement in Marty Byrde’s business. We are expecting some important figures in the series from Family, Byrde Family, Mexico Cartel, FBI, DEA, too many more. Helen Pierce is dead but her daughter and her husband Erin are alive.