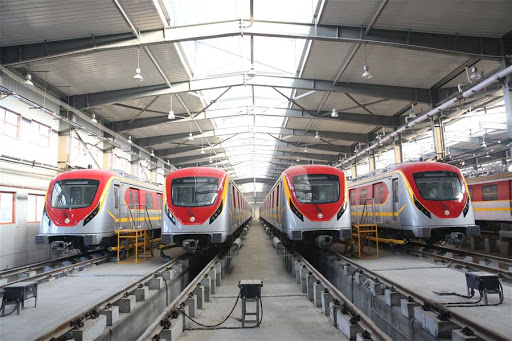 Pakistan metro project is marked as a sign of progress within the country amidst the pandemic and terrorist attacks. Pakistan government, along with China’s support, has launched the first-ever Pakistan metro, the orange line. The metro line is 27kms long and has over two dozen metro stations.

Pakistan metro recently launched in Lahore and will cover an area of 27 km (17 miles). It will cover more than two dozen metro stations and will cut down the travel time in one of the busiest and the congested cities in Pakistan. It is expected to cut down the travel time of two-and-a-half hours to 45 minutes. Officials in a statement said that approximately half a million people would be using the metro line once the projected is completed and ready to go.

Punjab state’s Chief Minister Usman Buzdar said at the inauguration ceremony that the Pakistan Metro project would provide “world-class facilities” to the residents of Lahore. The project has reportedly cost $1.8 billion and welcomed their first paying passengers on Monday this week. Pakistan Metro project became a reality after years of delays and political unrest.

The Pakistan Metro project isn’t a complete Pakistan government investment. A ton of money also came from China which invested tens of billions of dollars as part of its Belt and Radio initiative. With the Belt and Radio Initiative China aims to join the economies of Asia, Europe and Africa through infrastructure projects.

Even though Pakistan Metro project seems to be a step forward towards progress and a better economy, the project led to severe protests amongst the citizens. Hundreds of people came down to streets to express their concerns regarding Pakistan Metro project. They said that it would damage some of the prestigious Lahore landmarks, especially the Shalimar Gardens which is a world heritage site. Some environmentalists also joined the protest as building metro line resulted in the uprooting of over 600 trees along the route.

Speaking at the Inauguration of the Pakistan Metro Project, Chinese Consul General Long Dingbin said that the new metro system is a milestone towards bettering the Pakistan-China friendship. He congratulated the Punjab government and the people of Pakistan. The Chinese news agency said that the Orange Line is the beginning of “a new stage for the South Asian country in the public transportation sector”.

Pakistan recently banned the Chinese mobile application TikTok. At the same time, this app was banned by other countries as well as India, which was a protest against China. However, Pakistan had different motives. As per the reports, the reason why Pakistan banned TikTok was because of the inappropriate content being uploaded on the platform.

The ban on TikTok was lifted after ten days. The authorities said that they had negotiated with TikTok and they will be working towards a better exposure and regulating the content.