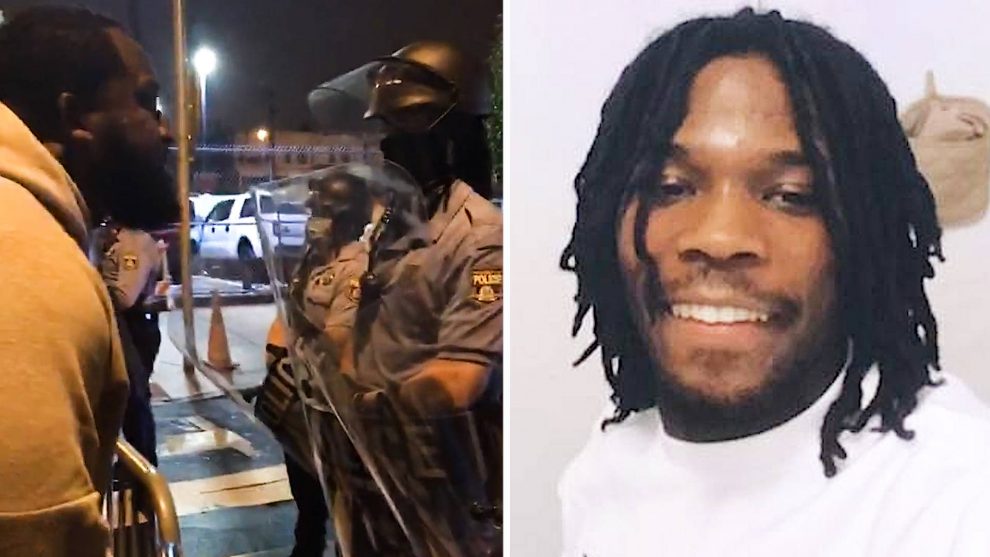 Philadelphia Police brutality recently sparked protests across the region. The incident occurred on Monday when the Police shot and killed a 27-year-old man from the Black community. The Police reportedly yelled at him to drop the knife following which they shot him. This incident led protests around the city and has injured around 30 officers so far along with dozens of arrests.

Philadelphia Police Kills Man With A Knife From Black Community

The shooting incident occurred on Monday, before 4 pm (20:00 GMT). The Philadelphia Police officers reported that they had encountered a man with a knife. They later called to the Cobbs Creek neighbourhood, and the man was identified as Walter Wallace. Police Spokesperson Tanya Little said that the officers had instructed him to drop the knife, but instead he advanced towards them. As a response, the police officers then shot “several times” to defend themselves.

Little further said that Wallace was hit on his chest and shoulder. The police officer then carried him to the hospital in the police vehicle. However, Wallace was pronounced dead soon after he reached the hospital.

After the incident, hundreds of protestors took to the streets to protest against the Philadelphia police on the same day and the next. There have been times when the interactions between the Police and the protestors turned violent. A video surfaced on the internet showed protestors yelling at the officers against their brutality and crying.

This isn’t the first time when American citizens have come together to fight against the police brutality towards the Black Community. Earlier this year George Floyd was murdered by the Minneapolis Police. The police officer choked him by his knee. The video of the incident surfaced over the internet. In the video, we could see George Floyd informing the Police that he can’t breathe, which had no impact. He eventually died on the spot. This sparked significant outrage against the police department amidst the Coronavirus pandemic, Black Lives Matter Movement. More than 80 countries, both online and offline, participated in the protests.

A similar situation was seen during the case of Breonna Taylor. She was shot by the Police when they had come to check her home for drugs. She was hit by several bullets as the Police blindly fired. This also sparked protests across the nation.