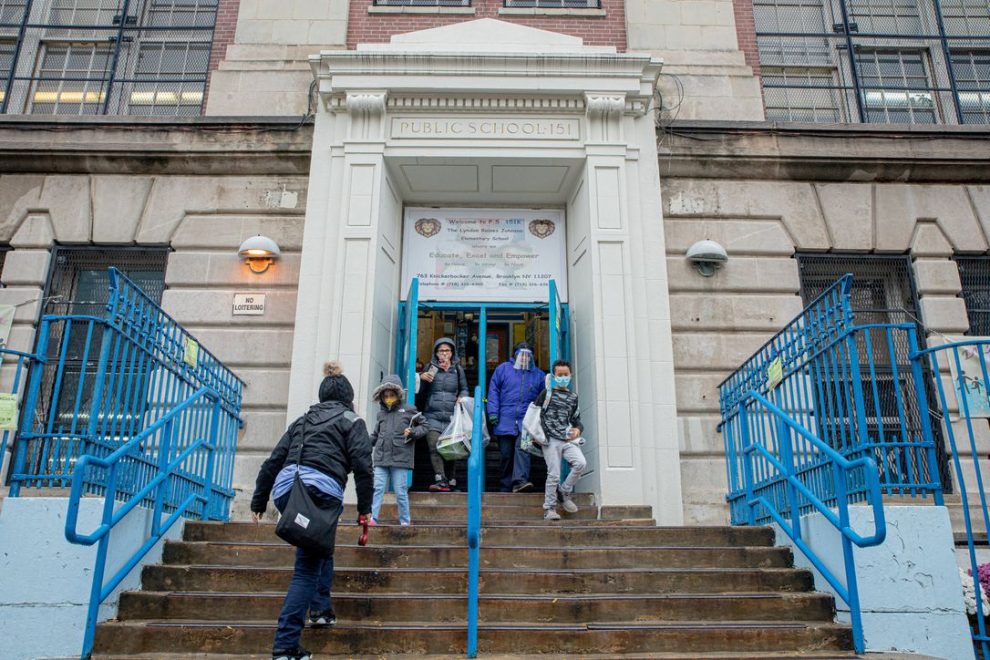 It’s a huge set back to the New York city which had re opened after losing more than 24 thousand citizens due to the Corona virus after a second wave of the virus has hit the city.

New York was one of the global epicenter of the pandemic but recovered initially.

Bil De Blaiso-New York’s mayor on Wednesday announced that all the public schools in the city will temporarily shut down to control the rise of Corona virus cases. He said the schools will remain shut “out an abundance of caution”

The rise of the cases in the city is a big set back.The city recorded that the seven day average rate of positivity was 3 percent.

It is the only major city in United States Of America to offer in person classes but it also includes online learning as a part of hybrid system.New your is school district which has nearly 1.1 million students studying. And around 3,00,000 students were attending schools after the schools had reopened.

A 3 percent level was agreed by the city’s government and school unions when the schools reopened back in September.

Mayor Bil De Blaiso had warned in advance about the shutting down of schools for a week,because of this announcement the students will now have to go back to online schooling.

The positive rate in schools is just 0.19,hence it has been quite controversial to shut down school.

During the first wave of corona virus in New York,nearly 1,800 schools had been closed,as it was an early epicentre initially in America.

The State Governor Andrew Cuomo and Mayor De Blaiso said that there will be some more restrictions to public lives which will be announced soon.

As the city had not exactly reached the 3 percent threshold,there was still some delay in the Mayor’s press briefing as he and the officials had to ensure that the Governor was informed and the 3 percent rate was accurate.

This late announcement has sparked frustration among Parents of these students as they still haven’t made any child care arrangements.The schools chancellor Richard Carranza also said that “Our schools have opened and have been remarkably safe”