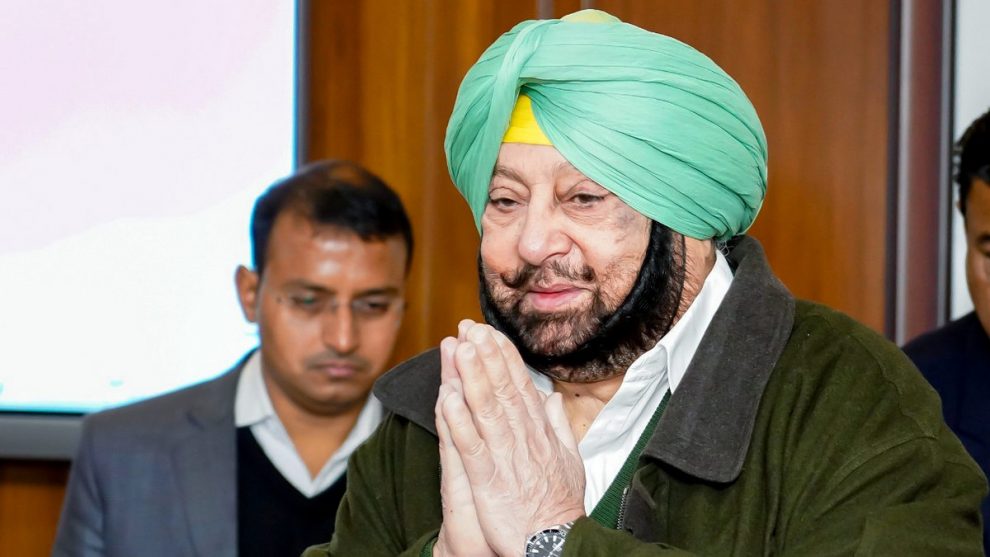 New Delhi: Punjab CM Amrinder Singh met with Home Minister Amit Shah to discuss the withdrawal of the three farm bills passed by the centre earlier this year. The meeting was scheduled hours before the central government was set to meet representatives of the protesting farmers on day four of talks.

The meeting was set to begin at 11:30 however was slightly delayed. Singh talked to the media after the meeting. He said,” Discussion is going on between farmers & Centre, there’s nothing for me to resolve. I reiterated my opposition in my meeting with Home Minister & requested him to resolve the issue as it affects the economy of my state & security of the nation” describing his meeting with the home minister.

The CM also announced a compensation of Rs 5 Lakh each to the families of 2 farmers that perished during the protest at the Delhi Borders.  They hailed from the Mansa and Moga districts of Punjab.

Amrinder Singh denied allegations of him instigating the protests. He said, ”Everyone by now knows that the farmers protest was a spontaneous movement and one shouldn’t add politics to demerit this movement”

Union Agricultural Minister, Narendra Singh Tomar has been conducting talks with the farmers, asking them to not protest the new farm laws. Tomar talked to the media after his meeting with Amit Shah where he expressed optimism in finding a solution to the ongoing protests. “The government is constantly discussing issues with farmers. Today is the fourth round of talks And I’m hoping for a positive outcome,” said the Minister.

Farmers on the protest sites however seem to hold none of the optimism. One farmer told a reporter, “What is the point of having talks if they are not ready to scrap the new laws. They passed it without asking us, so now we’re asking you to scrap it. You cannot say these new laws will benefit farmers and when we protest against it they call us misled”