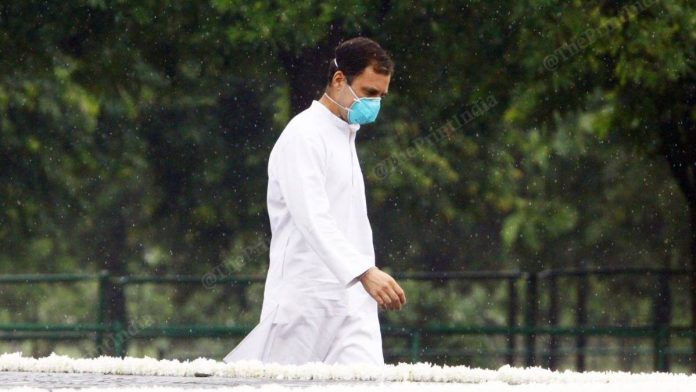 New Delhi: Congress leader Rahul Gandhi hit out at the Narendra Modi government for their approach to the dissenters of the farm laws and their vested interests in policymaking. A delegation of Congress lead by Rahul Gandhi was set to meet the president at the Rashtrapati Bhavan to discuss the repeal of the three farm bills passed in September. Priyanka Gandhi and a few other leaders were taken into preventive custody after which a small group led by Rahul was allowed to meet the president.

In the press conference after the meeting, Gandhi criticized the labeling of farmers as terrorists by BJP leaders and the constant dismissal of dissent by the Modi government. “I want to tell the PM that these farmers are not going to go back home until these farm laws are repealed. Opposition parties stand with farmers and labourers,” said Gandhi.

“No Democracy in India” Rahul Gandhi on Modi Government Rule

When asked about the dangerous precedent set by the way the three bills were passed and what effect it will have on democracy, Gandhi said there is “no democracy” in India. He elaborated, “There is no democracy in India but instead it is one incompetent man who doesn’t know anything working for 2 or 3 people who know everything”. The former Congress president said that the Modi government worked for corporates and their interests alone.

Gandhi referenced the time he had advised PM Modi to give the states more authority while tackling the covid-19 outbreak. He saidthat everyone who says something against Modi will be labelled as a disturbance to society. “Farmers start to protest against the government and they are declared Khalistanis, labourers protest and they are labelled Naxalites, if a day comes when Mohan Bhagwat (RSS Chief) criticizes Modi he will also become a terrorist”

In the meantime his sister Priyanka Gandhi also hit out at the BJP for their flipping opinions. “First they say that the congress or any other party is not strong enough to be a worthy opposition and then they say that the opposition is the one who bought the farmers to the borders of Delhi. They need to decide who we exactly are”