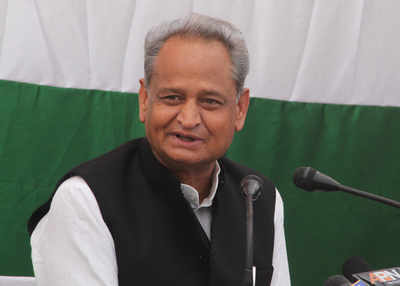 Rajasthan ban the sale and the use of firecrackers across the state. With the festive season on its way and the current pandemic, the situation has led the government to put a complete ban on the firecrackers. As per reports, the rise in air pollution would also play a key role in further worsening the coronavirus due to vulnerable respiratory organs.

It is widely said that people with pre-existing respiratory concerns are more vulnerable to come in contact with coronavirus. With the festive season coming up and the Diwali being a festival where firecrackers are burned as a celebration, it would increase the levels of pollution in the air. This, in turn, would make it difficult, especially for the older generation, to keep themselves safe. To avoid this, the Rajasthan government has decided to put a ban on the sale and the use of firecrackers.

The Chief Minister of Rajasthan, Ashok Gehlot said on Sunday that protecting the lives of the people is the utmost priority of the government in these challenging times. For the same, the schools and colleges across the state will also remain closed till November 16. To further reinstate the urgency and importance of Rajasthan ban on crackers, Gehlot also created the “no mask-no entry” and “war for the pure” campaign across the state.

After the announcement of Rajasthan ban on crackers, Ashok Gehlot also announced the guidelines for Unlock-6. With the rising number of cases all across India, the country had gone under complete lockdown earlier this year. And is being unlocked in various phases.

As per the Unlock-6 guidelines, the government will take strict actions against anyone selling and bursting firecrackers in the state amidst the Rajasthan ban. Furthermore, anyone running polluting vehicles without masks and other requirements will also call for strict actions. The guidelines are for to protect the citizens and the coronavirus infected patients. In the statement, Gehlot said that in times like these (pandemic) people must avoid bursting fireworks on Diwali.

Gehlot further said that they are in the process of recruiting 2000 doctors and it will be completed soon. All the selected doctors must be given their appointment within ten days. At the same meeting, Principal Secretary Abhay Kumar said that all the educational institutions and coaching centres would remain closed till November 16. Swimming pools, entertainment parks, theatres, etc., will remain shut till November 30. However, weddings are allowed to be held with a maximum guest list of 100.

South Park Season 25: Is There Going To Be Another Season?
iPhone Gets Rs 5000 Crore Investment From Tata Group For Apple’s Indian Manufacturing Unit
Comment