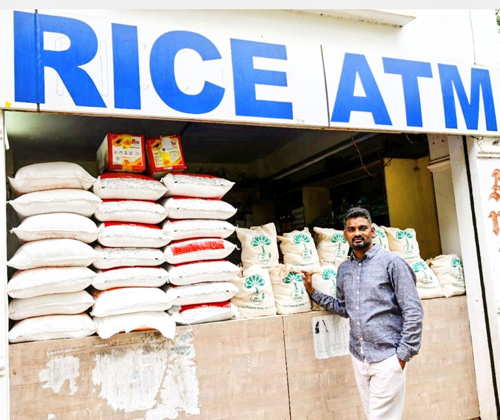 Ramu Dosapati a common man from Hyderabad has been doing something very extraordinary thing for the general public. He is a an HR executive in a corporate firm and trying to help the people of Hyderabad.

He is informed that he has been running a Rice ATM since April 2020. The shop is open of each and every person and the best advantage of this shop is that the shop is open full time 24 hours.

Ramu Dosapati said that that he is trying best to supply all the needed rations to all the needy people in Hyderabad. The most important thing which is rice and along with that he use to supply some other rations as well. 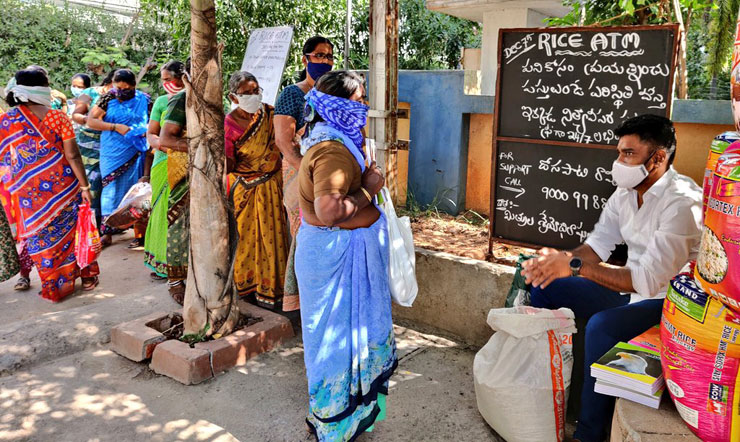 He added that he is spend his own money in this work which is around 50 lakh. The pictures of this man is getting viral over all social media sites where people are appreciating him for this great contribution.

Ramu Dosapati is very ordinary man like us but he tried to do something which made him so famous and now he is getting blessings from all over the world. This whole story started from a chicken, once when to buy chicken and he saw a lady who was ready to spend even 2000 for getting the chicken.

That moment was shocking as well as eye opening for him. He added that he was really very surprised to see that why the lady was buying so much chicken and then decide to ask her about this and after having a conversation with the lady he got to know that she was buying those for treat for migrant workers sheltered nearby, who had run out of food. 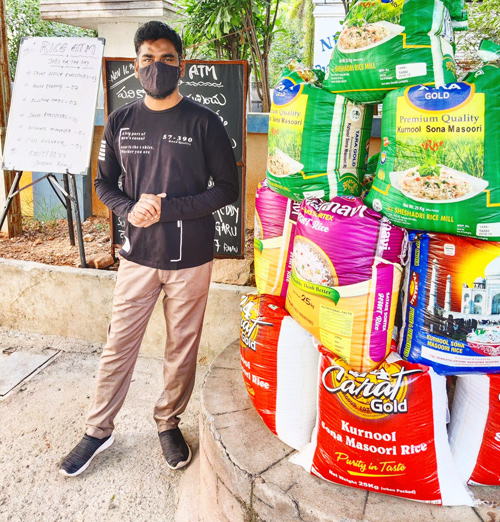 He also asked her that what is her salary and when he the reply from her it made him more shocked. The lady said that she only earns 6000 per month and that made him realise that if a lady with ₹6,000 salary can spend ₹2,000 on the needy, why can’t I do the same?”

He started out by making a list of all the 192 who were in need of help. He said, “There were people who wanted to go back to their hometowns by walking over 400-500 km, I asked them to stay back and told them I would help them out.” 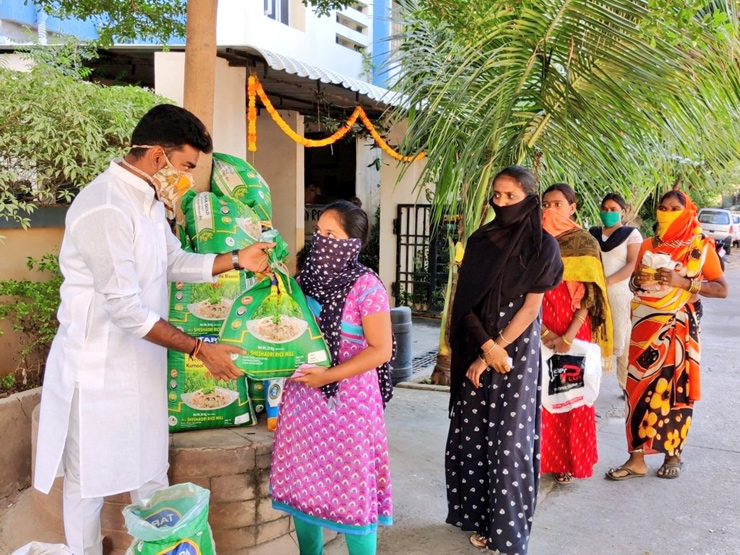 At first we spend 1.5 lakh of his savings but that was not enough for Ramu Dosapati and from that time his Rice ATM was quite famous in that area. Later on he decided that he will start a local Kirana store and now we can see where he is. A small step can change the whole scene it’s just we need to take the first step as Ramu Dosapati has taken.