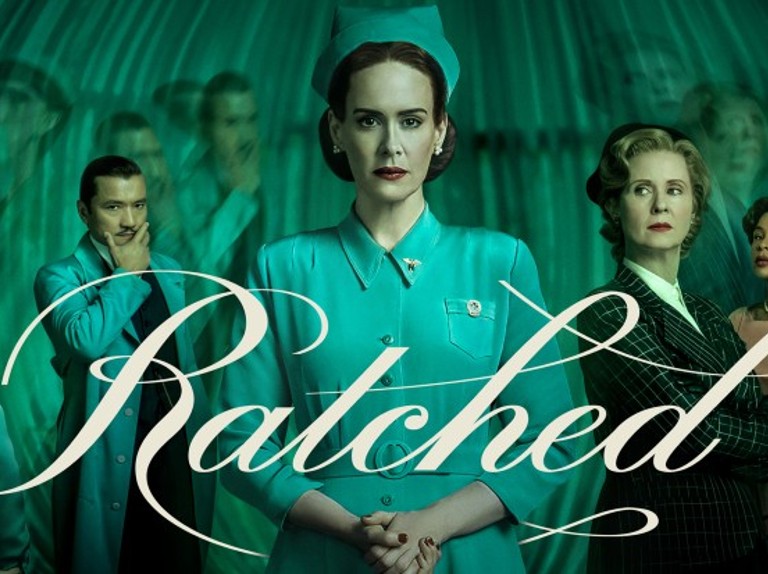 Ratched is an American psychological thriller Netflix drama. The story of nurse Ratched adapted from Ken Kesey’s novel One Flew Over the Cuckoo’s Nest. The show is created by Evan Romansky and developed by Ryan Murphy starring Sarah Paulson in the lead role. The first season premiered on Netflix on 18th September. Ratched received a two-season series order.

Ratched is a psychological suspense drama a story full of twists and turns about Nurse Mildred who works at an asylum. Nurse Mildred comes to Northern California looking for employment at a leading psychiatric hospital which is led by Dr.Rchard Hanover and Head nurse Betsy Bucket.

This hospital conducts new and unsettling experiments on the human brain.Mildred is on a surreptitious mission,she has perfect image just like a nurse should be. The nurse begins to infiltrate into the mental health care system and the people within it. Mildred’s stylish exterior belies growing darkness that has long been seething within, revealing that true monsters are made, not born

This series was the most viewed debut seasoned 2020 according to Netflix’s stats.

The series was already planned for two seasons and the makers have been working on the scripts for the second instalment. As Ryan Murphy right now is working on other projects the date of filming, production or releasing have not been announced yet.

But Sarah Paulson who is in the title role in an interview said that the filming might begin in mid-2021, and if the filming, production and post-production take place smoothly without any halts we can expect the new season for Ratched to go on the floors by mid-2022.

This might interest you: Overlord season 4: Here’s what we know so far!

The Walking Dead: World Beyond Season 2 is back with us
Riverdale Season 5: Release Date, Plot And Other Updates
Comment