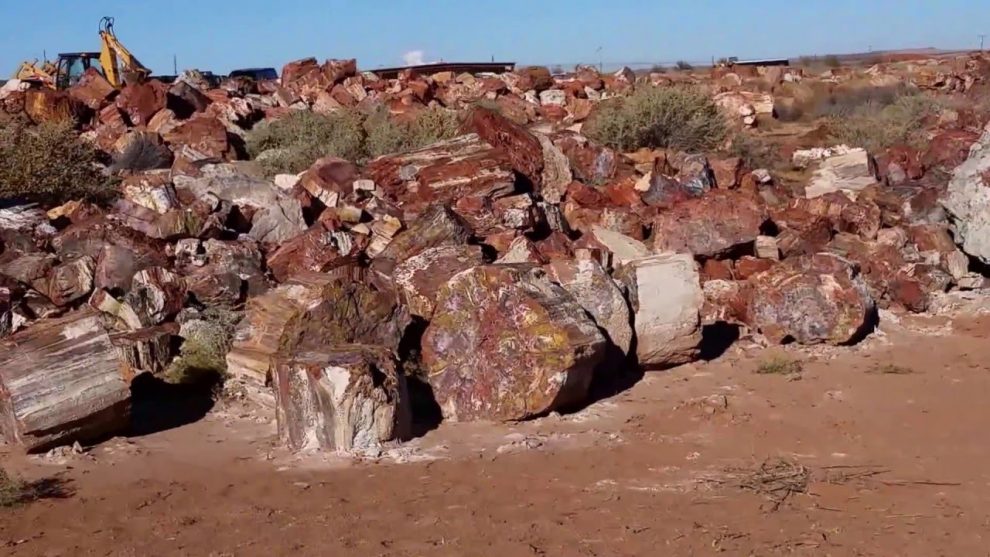 Researchers in Arizona have recently discovered a new fossil. The new fossils found are of a tiny burrowing reptile along with petrified wood in the United States of America. The new fossil has been named Skybalonyx skater.

The researchers found a new fossil in Arizona and named it Skybalonyx. It is known to be a part of the drepanosaurs who were last known to be alive in the Triassic Period. It was about 220 million years ago. This new species was found in the Late Triassic at the Petrified Forest. The Petrified Forest National Park is considered to be one of the most premium places to study plants and animals from the Triassic Period. And at times even known as the “Dawning Age of Dinosaurs”.

Thailand Gets A New Species

Soon after Arizona, Thailand recorded the discovery of a new specifies of the genus Tylototriton. It was found by the researchers from the Chulalongkorn University in the wetlands of Doi Phu Khan National Park in Northern Thailand. It has been named Tylototriton phukhaensis, originating from the place it was found.

This new discovery is the fifth Tylototriton species from the country, and the study has been published in Tropical Natural History. Professor Porrawee Pomchote, Assistant Professor Wichase Khonsue, and Professor Panupong Thammachoti were the ones who headed the discovery with the support and permission from The Department of National Parks, Wildlife and Plant Conservation.

Professor Porrawee said that Tylototritons are dependent on the rains. The rains create swamps where Tylototritons are known to be found. However, because of global warming and consistent delays in the rainfall, the draughts in the region has been inevitable and has created adverse effects. He said that he has reasons to believe that their natural habitat is in danger, especially when people have been releasing fishes into the water. Porrawee concluded that they are trying to ensure there is a distinct habitat created for the rare species to be protected.