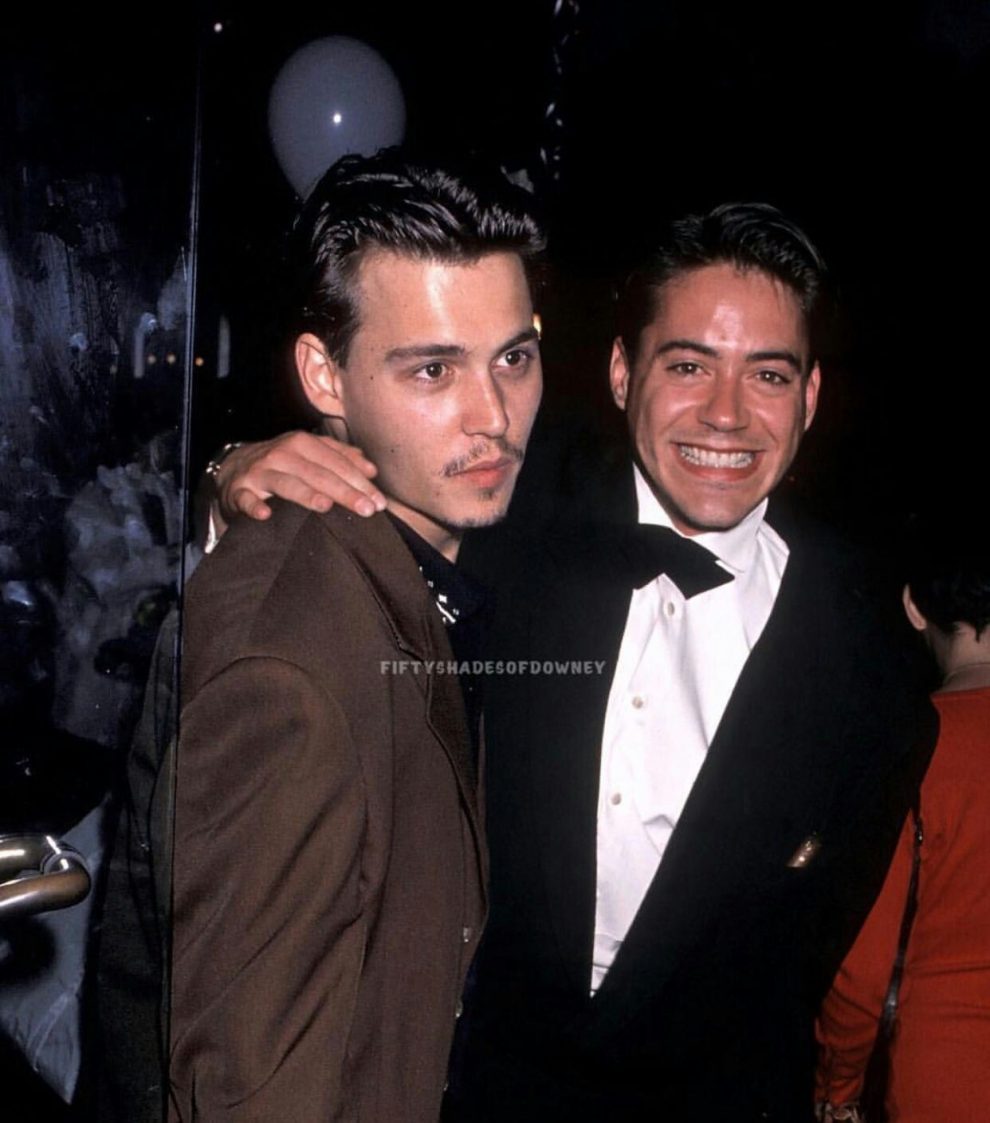 Hollywood: “A friend in need is a friend indeed” and with Johnny Depp’s situation right now it may seem that he will be needing plenty friends. With his recent defamation case verdict against ex-wife Amber Heard not going very favorably for him and then to top it off being fired from the Pirates and the Fantastic Beasts series, the actor has surely seen better days.

Well one such friend who stood up for him is none other than Iron Man himself, Robert Downey Jr. RDJ who has been close with Depp since their teenage fame days wants his friend to join as the antagonist in his lesser-known cinematic universe, The Sherlock Holmes franchise.

Depp and Downey have shared their lives together with the Marvel actor even showing up at the London Courthouse when the verdict for Depp’s case was being announced. Sources say Downey feels that he can relate to Johnny because of his early life troubles with addiction and run-ins with the law. The actor feels everyone deserves a second chance and it is the same with Johnny Depp.

RDJ similarly got his second chance when Mel Gibson lend him a hand and cast him in Air America. Now Downey wants to cast his long-time friend in his upcoming sequel Sherlock Holmes 3.

The film is under development since October 2011 when Warner Bros Pictures announced that screenwriter Drew Pearce is working on the first draft of the film. Susan Downey said the film is under the works in 2014, while extensive work on the script was being done in 2016 by Village Roadshow, WB, and Downey Jr. WB involved Dexter Fletcher as its director in 2019.

Robert Downey Jr’s wife Susan Downey has joined as one of the producers on the film and also feels what happen with Johnny was wrong. Susan is also close friends with Johnny Depp’s ex-partner Vanessa Paradis and the couple’s two children.

Depp plans to object to the verdict and refile his defamation case against the Sun and ex Amber Heard.