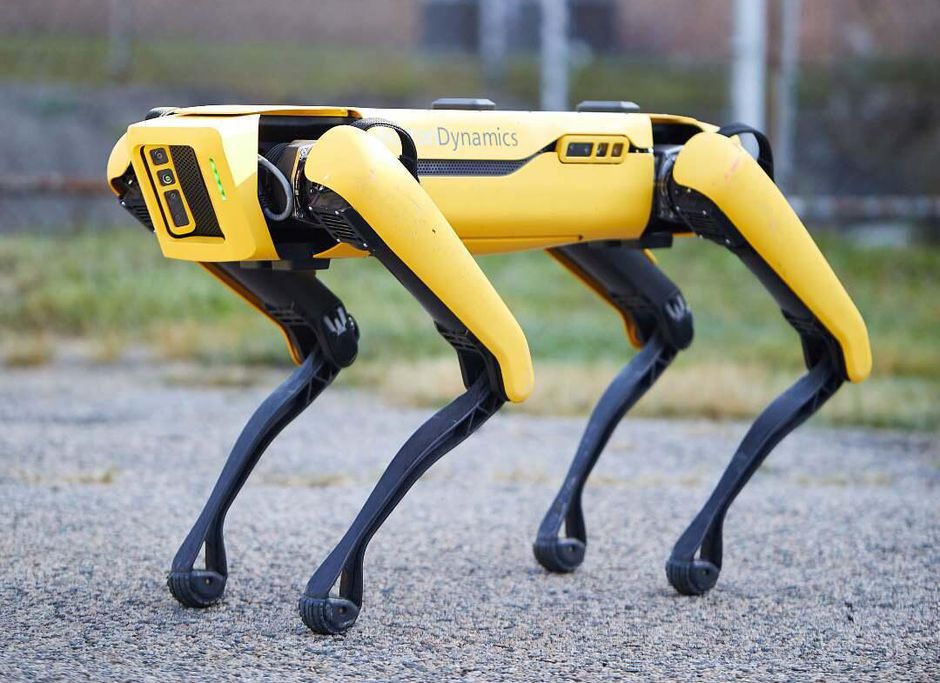 If you are walking down some street or just passing by and you happen to find something weird walking around, look again. You might see a robot dog on his evening walk. Well, the same happened with a passerby in Northern Ontario, Canada. The person who goes by the username @bloodtear took to Twitter to reveal his interaction with the robot dog.

Well, it is safe to say that a Robot dog is not something you see every day. But when the witness captured the moment, it went viral on social media. Many of them were surprised to see a technology that advanced. At the same time, some found it pretty freaky. And some were a little creeped out, which is understandable as no one is used to a robot dog lurking around the grass in the dark. After the video caught the attention of a few media houses and made a few headlines, the owners decided to clear the air.

Boston Dynamics is the Company that made the robot dog. After a couple of headlines, the Company took to Twitter to make the situation easier for everyone. In the tweet, they said that the owner of the dog was only taking the dog out for “routine mobility tests”. It is to ensure that the robot dog gets a larger space and area to walk. Further adding that the robot dog was kept away for the humans as the Company had instructed them. This was to ensure everyone’s safety and well being along with the safety of the Robot Dog as well. Even the video was taken from a distance. They concluded the tweet by saying that Boston Dynamics encourage the peaceful use of their tools.
Even though the dog looked alone at first, the owner was nearby him and supervised him while the dog walked around. Besides, now that the robot dog is on sale for in Europe and Canada. We may see more people buying robot dogs and taking them out on walks.

A video on Youtube was all over the internet earlier this year. In the video, we could see that the person was unboxing a $75000 robot dog. At the same time, the robot dog is recommended to be used in construction sites and some other dangerous areas. It is pretty much like an average dog. The robot dog loves to sniff around and play with the kids. Not just that, you can take your robot dog in various other bodies and species.