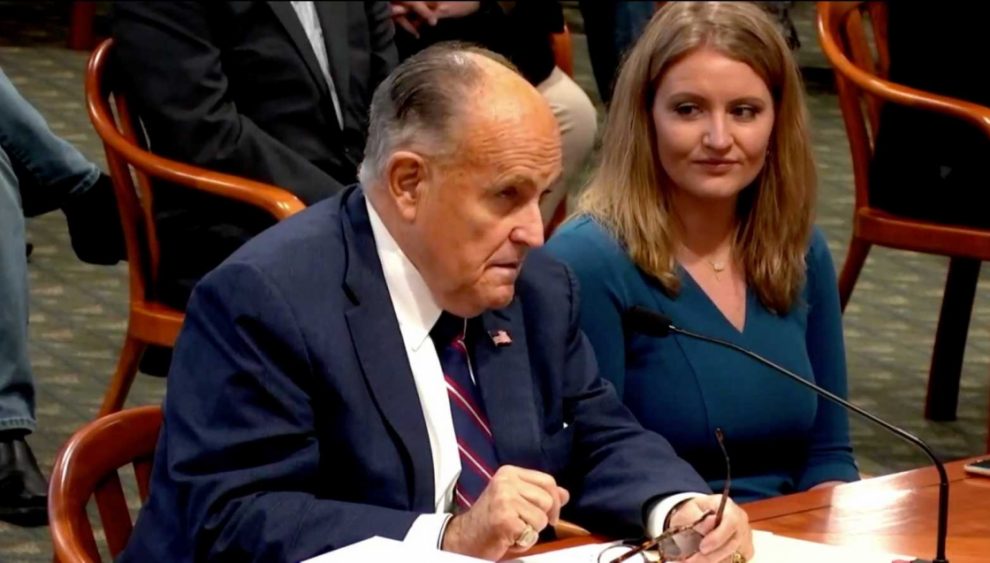 Washington: A few people have had to work as hard as Rudy Giuliani since every vote was cast in the 2020 US Presidential Elections. After his first big appearance outside Four Seasons Total Landscaping in Pennsylvania, Giuliani has went from state to state filing and fighting lawsuits claiming wide-spread voter fraud in the elections. All this while proudly refusing to wear his mask during countless hearing in closed courtrooms. This finally caught up to the former Mayor of New York since he tested positive for the virus on December 7.

The announcement was made by the president on Twitter. “(Giuliani)by far the greatest mayor in the history of NYC, and who has been working tirelessly exposing the most corrupt election (by far!) in the history of the USA, has tested positive for the China Virus. Get better soon Rudy, we will carry on!!!” read the president’s tweet referring to the Corona Virus as the “Chinese Virus”

Giuliani is just the latest in the Trump Administration to contract the virus. Earlier a majority of the senior White House staff along with the president himself had the disease themselves. Last week saw another circle of Trump staffers get infected. Trump associate Herman Cain lost his life to the virus in July this year.

The announcement of Rudy’s diagnosis came merely a day after the president held his first political rally since this defeat in the elections. With the US battling a severe rise in the number of covid-19 cases, all health officials advised against the event. Thosands of Trump supporters came out to watch the president in Georgia, maskless and invalidating the election results.

At 79, Rudy is in the severe risk category, though neither the President nor his team has commented on the symptoms that Rudy shows. The lawyer also made headlines earlier this week for allegedly “passing gas” during a live televised hearing in Michigan