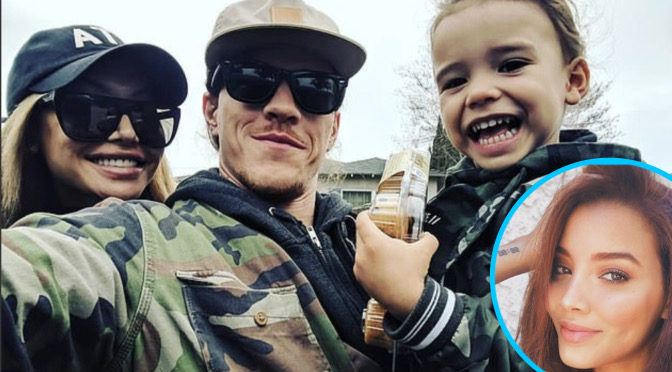 Ryan Dorsey, Naya Rivera’s mourning ex-husband, allegedly moved in with her sister Nickayla Rivera to support and raise the son of the late star.

On July 8, Rivera took Josey to Lake Piru in Southern California on a swimming ride. Though a strong swimmer, according to the most recent autopsy and investigative information, Rivera suffered from vertigo, which worsened while she was in the water. It was a terrible event that left a hole that could never be filled. On 8 July, she went missing along with her son, who was found asleep in a boat. Eventually, after a long search mission, after 5 days, her body was found. It was reported that before she disappeared under the water, Naya was able to rescue her son.

Nickayla shared a tribute to her big sister on Instagram after police announced they found Naya ‘s body in California’s Lake Piru. She has written:

Ryan also posted a overwhelming message to his wife!

Ryan, 37, and model Nickayla, 25, have then moved together to a three-bedroom rental house where they look after Josey, who turned five last week, with the support of parents of Dorsey. Nickayla was pictured on September 6 assisting Ryan to move his stuff from his past home in North Hills, in the San Fernando Valley of L.A., to a new rental home where the couple is living together.

As they shopped in a nearby Target store and went down the escalator on September 19, they were both seen holding hands.

A source told the outlet, “They were fooling around and chatting the whole time. They’re obviously helping lift each other’s spirits.” It’s great these two can rely on each other and lean on their families to do what’s best for Josey.

Couldn’t watch the first 2020 presidential debate? Here’s everything covered for you in just a few minutes.
Williamson Sheriff Arrested For Allegedly Destroying Evidence In The Killing Of Javier Ambler
Comment