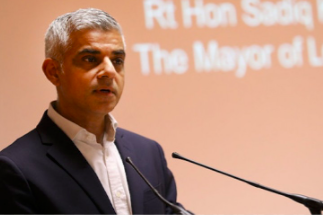 Sadiq khan mayor of London has joined the mayor of Paris and two US cities of Los Angeles and New York to boycott the urban 20 summit that began in Saudi Arabia on september 20 till october 2.

A spokesperson London’s city hall  said it has never been the mayor’s intention to attend this U20 summit and his invite has previously been formally declined. No one is representing him at the summit or speaking on behalf of London.

Well according to middle east eye, a member of the Greater London Authority will attend the summit in khan’s place.

It is the kingdom’s increasing brutality towards dissidents, including Saudi’s journalist, Jamal Khashoggi’s murder that has kept the other leaders away.

This Urban 20 summit be concurrent with the second anniversary of the murder of Saudi dissident journalist, Jamal Khashoggi, who was killed inside the saudi consulate in Istanbul in 2018.

The Urban20 summit is for the official of Global London Authority (GLA) to observe multilateral events which covers the crucial issues including covid 19 pandemic and the climate emergency. These are the types of issues which can’t be handled without international cooperation.

“However, to avoid any implication that this observer status means support for the Saudi government, the GLA will exceptionally, not dial into view any of the U20 summit this year.”

The human rights coalition stated that Saudi Arabia is an unfit and inappropriate host for the event due to it being “an absolute monarchy without any meaningful democratic representation.”

The Saudi government has a long record of suppressing the voices that are necessary for meaningful global conversation.

Campaigns group had called on mayors around the world not to attend the three day Urban 20 summit , which began on Wednesday in Riyadh , to protest the plight of political prisoners in Saudi Arabia.

Mayor of Paris, New York, and Los Angeles refuse the summit. why?

Los Angeles mayor, Eric Garcetti refused the summit due to the concern over women’s rights in the kingdom.

Bill de Blasio, mayor of new york said he would not participate in the summit as it coincides with the death anniversary of the Saudi dissident journalist jamal khashoggi.

De Blasio said in a statement “ the global pandemic has shown just how crucial it is for cities across the world to work together while standing up for what is right, we cannot lead the world without speaking out against injustices.we must stand united for combating climate change,advancing peace and protecting human rights, i urge my colleagues in other global cities to join with me boycotting this year U20 summit and demanding progress.”

In the letter, the group urges mayors “ to publicly demand that the saudi government take clear and immediate action towards ending its record of human right violation, reckless foreign policy, and environmental destruction.”