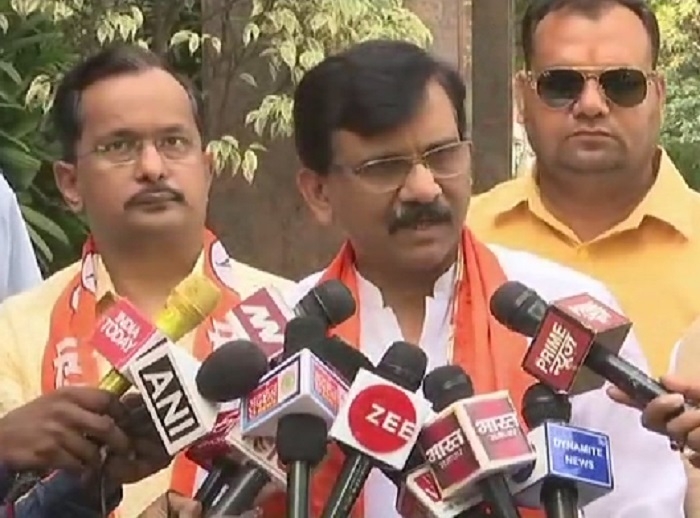 Mumbai: Shiv Sena MP and Saamna Editor Sanjay Raut addressed the media today when he challenged Union Minister Nitin Gadkari’s claims that the farmer was being misguided. He questioned, “Aren’t these the same farmers that voted for you in Punjab, the same farmers who elected your MLAs , MPs? Were they misguided then? Their problems must be addressed instead of trying to defame them”

Sanjay Raut referred to a tweet made my Rahul Gandhi about the central government’s response and treatment of these protests. The Congress head wrote, “For Modi Govt: Dissenting students are anti-nationals. Concerned citizens are urban naxals. Migrant labourers are Covid carriers. Rape victims are nobody. Protesting farmers are Khalistani. And Crony capitalists are best friends.”

Echoing his ally’s sentiment he said, “Everyone who criticizes the government is labeled a desh-drohi (Anti-National), if I say something tomorrow then I’ll also become a desh-drohi”

Speaking about his former ally and former chief minister Devendra Fadnavis and his statement “Maharashtra is in a state of emergency” Raut had a unique view. “They (The BJP) want to create an emergency like situation because they see that the people are concerned and are questioning the government ” The Sena Spokesperson also alleged that Fadnavis wanted to manufacture instability in Maharashtra so that he himself could rise to power.

Recently the MP has been very witty and vocal with his support for the farmers movement. Last week after Union Minister RaoSaheb Danve alleged that the protests were created by China and Pakistani Agencies, Raut suggested that the central government should carry out “surgical strikes” on the neighboring countries

Google, Gmail, Youtube and other goes slow down
Deputy Inspector General for Prisons handed over resignation in support of the farmer’s protest
Comment